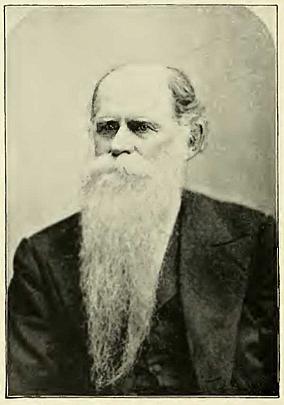 John Van Nest Talmage was a missionary of the Reformed Church in America to China for forty-two years. In that time, he prepared a Chinese dictionary, translated numerous religious works into Chinese, wrote hymns, and planted missionary stations. His principal work was at Amoy. A humble man, he labored steadily and left a flourishing church behind him when illness finally compelled him to return to the United States. Today’s excerpt is from a letter he wrote to his brother, Goyn, on this day March 17, 1851.

“It is one of the most difficult truths to convey to their [i.e.: Chinese] minds that they are sinners against God. We have had a few inquirers who have expressed a deep sense of sinfulness. But this sense of sinfulness has come from hearing the Gospel. The way the most of those, whom we doubt not are true Christians, have been led on seems to be as follows: They hear the Gospel, presently they become convinced of its truth. Their first impulses then seem to be those of joy and gratitude. They are like men who were born blind, and had never mourned over their blindness, because they had no notion of the blessing of sight. Presently their eyes begin to be opened and they begin to see. They only think of the new blessings which they are receiving, not of the imperfections which still remain in their vision. A sense of these comes afterwards. Was not this sometimes the case in the days of the apostles? It was not so on the day of Pentecost. The multitude were ‘pricked in their hearts’ because the moment they were convinced that Jesus was the Christ they were filled with a sense of their wickedness in crucifying Him. So it is with persons in Christian lands when their minds become interested in the truth; they are made to feel their wickedness in so long resisting its influences. But the case seems to have been different when Philip first carried the Gospel to Samaria. The first effect there seems to have been that of ‘great joy.’

“It seems to be thus in Amoy. The conviction of deep sinfulness comes by meditating on the Gospel, the work of Christ, etc….It is the doctrine of the cross of Christ, after all, which should be the theme of our discourses.”