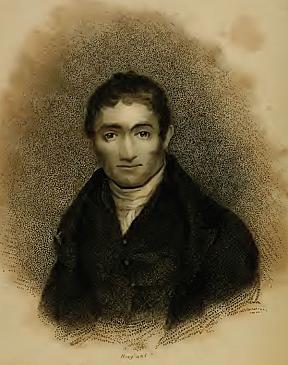 In 1819 missionaries Pliny Fisk and Levi Parsons sailed to Turkey where they studied Arabic in preparation for mission work in the Mid East. After some months of language study, Parsons went on to Jerusalem. When he rejoined Fisk, he was seriously ill with dysentery. On a doctor’s advice, the two sailed to Alexandria, Egypt. On this day, February 23, 1822, Fisk wrote a sad letter to his father.

“My ever dear and honored Father,—You will doubtless before this reaches you, have heard, how it has pleased our heavenly Father to afflict and disappoint me, in taking to himself my beloved colleague and companion. Two long, solitary weeks have now passed since his death. I feel alone though surrounded by a multitude of people. To me it is an exceedingly heavy affliction….

“I am at present in usual health, though I feel more than I ever did before, how brittle is the thread of human life, liable every moment to break. …

“While watching by the bedside of my sick and dying brother, I had an unusual opportunity to learn, how a firm hope in Christ, and the lively exercise of religion, can tranquillize the mind and support it, even when death is seen to be approaching. He often spoke of it, as highly probable, that he should not recover, and as very possible that he might die soon. He anticipated the event with entire composure, and spoke of it with a serene tranquility and cheerfulness, which I shall attempt in vain to describe. In a word, he died as he had lived—in faith, and comforted by the love of Christ.—I cannot mourn for him; though I am overwhelmed, whenever I think of myself, and of his absent friends, and of this mission in which he was so ardently engaged. But the Saviour lives. Nor is his cause weakened, though his servants die. He does not need our imperfect and feeble services. If one falls, he can raise up others to stand in his place….”