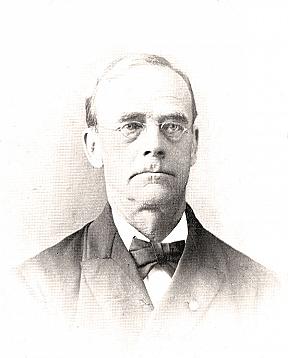 Guido Verbeck declared he was tired.

Born in the Netherlands, Guido Verbeck emigrated to America to study engineering but contracted cholera before his studies were complete. He vowed he would dedicate his life to mission work if God would spare him. When he recovered, he kept his promise. The Reformed Church of America sent him to Japan. For ten long years Verbeck worked patiently at Nagasaki, building trust, teaching English, and mastering the Japanese lanaguage. It paid off when his students became leaders in a new Japanese government. They invited Verbeck to Tokyo where his advice, language skills, and Western contacts proved invaluable to them. The Japanese awarded him the Third Order of the Rising Sun. More importantly, his faithful service opened doors for Christianity. After fourteen years in Japan, hard work left him exhausted and on this day February 22, 1873 he wrote a letter that shows he was longing for a change of pace and rest.

“My silence is by no means owing to forgetfulness or common neglect but to an absolute want of time. With the supervision of a school having near 500 students, eighteen teachers of four different nationalities, with many applications for advice or instruction at my house, with constantly one or other of the great topics of reform in hand, for research or essay writing, and with a large family—with all these to be daily and hourly attended to, it happens, not unfrequently, that I have to stint myself in my hours of sleep. The effect of all this is that I am become very nervous and inelastic. I feel the want of a change, if not of positive recreation, to recover my nerves and elasticity of body and mind. With this view I have applied for a seven months’ leave of absence, to be taken between this and the close of the year. If I can get it and can leave my post so long, I shall, the Lord being willing, leave in a month or two by the India route, spend a couple of months there, and return by the States hither.”