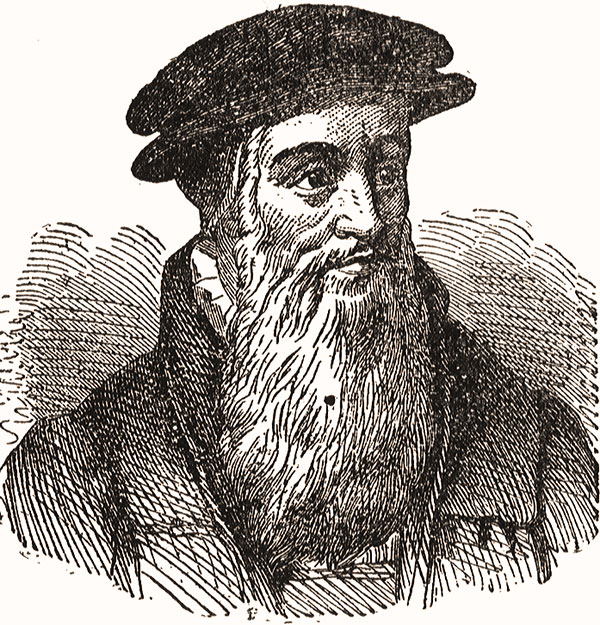 John Knox was the fiery reformer of Scotland. His last day of life on earth was on this day Monday, 24 November, 1572, dying peacefully near midnight. Three close friends sat by his bed. Knox entrusted the care of his wife to one of them. Later that day he asked another one to read the fifteenth chapter to Corinthians. When it was finished, he commended his own body, soul, and spirit to the Lord. He asked his wife to read him the seventeenth chapter of John (Christ’s high-priestly prayer), calling it the passage where he had “first cast his anchor.” He then dozed off but moaned in his sleep. When he awoke his friends asked why, and he replied that he had been under assault by Satan. Often before Satan had tempted him with allurements and urged him to despair. Now, he said, Satan had sought to make him feel as if he had merited heaven by his faithful ministry. To this temptation Knox commented:

“But what have I that I have not received? Wherefore, I give thanks to my God, through Jesus Christ, who hath been pleased to give me the victory; and I am persuaded that the tempter shall not again attack me, but that within a short time I shall, without any great pain of body or anguish of mind, exchange this mortal and miserable life for a blessed immortality through Jesus Christ.”