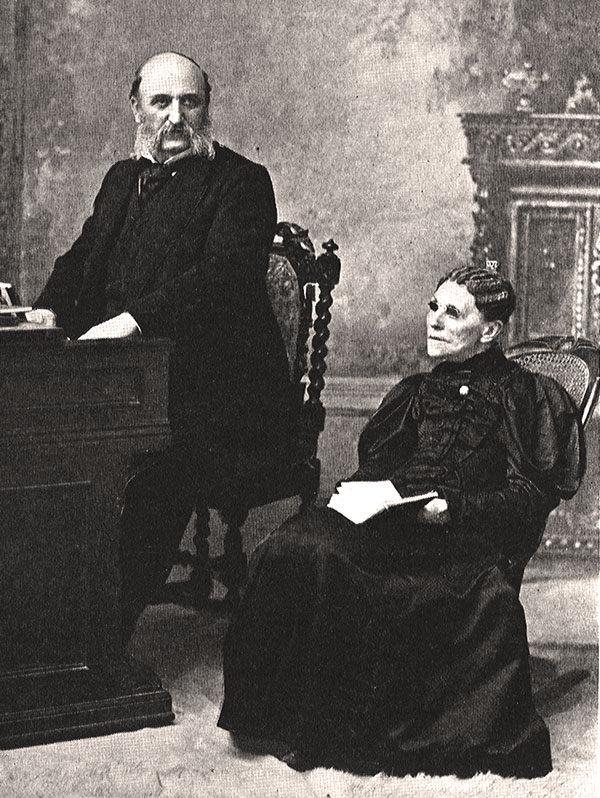 During a revival in Newark, New Jersey, Etta Campbell wrote a hymn of warning and appeal for lost souls titled “Jesus of Nazareth Passeth By.” It became a favorite in Great Britain, thanks to Dwight L. Moody’s songleader Ira Sankey who sang it there. The evangelistic team began a series of meetings in Edinburgh, Scotland, on this day, 23 November 1873. Aware that the Scots were prejudiced against any songs apart from the Psalms, Sankey opened the singing with a portion of Psalm 100. For his first solo, however, he sang Etta Campbell’s “Jesus of Nazareth Passeth By.” Intense silence greeted the song, but its words, which now sound stilted, touched many hearts and the Scottish people became more receptive of both organ music and gospel songs.

“What means this eager, anxious throng,
Which moves with busy haste along—
These wondrous gatherings day by day?
What means this strange commotion pray?
In accents hushed the throng reply:
‘Jesus of Nazareth passeth by.’

“Who is this Jesus? Why should he
The city move so mightily?
A passing stranger, has he skill
To move the multitude at will?
Again the stirring notes reply:
‘Jesus of Nazareth passeth by.’

“But if you still this call refuse,
And all his wondrous love abuse,
Soon will he sadly from you turn,
Your bitter prayer for pardon spurn.
‘Too late! too late! will be the cry—
Jesus of Nazareth has passed by.’”