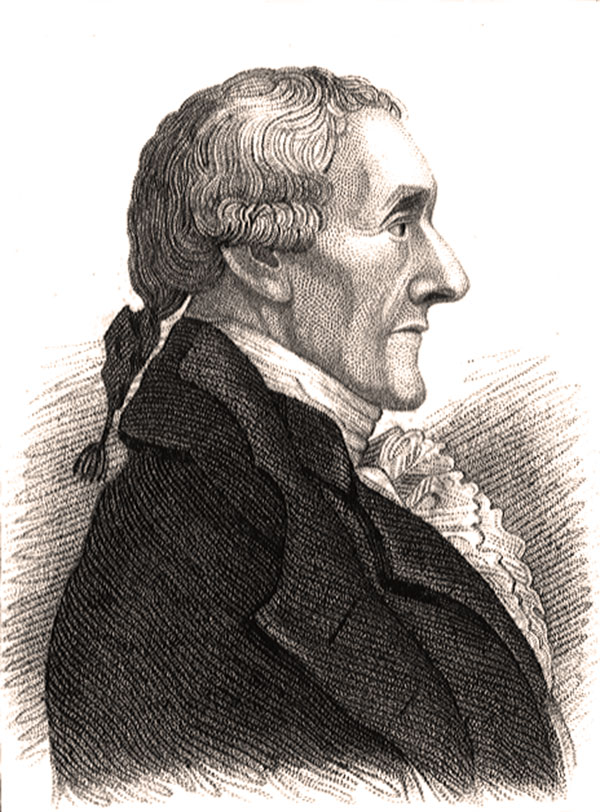 Granville Sharp was noted for his Greek scholarship and opposition to slavery.

Granville Sharp was a cloth merchant and Bible scholar who made a careful study of the use of the Greek definite article (equivalent to English “the”) and showed that its use in the New Testament established Christ’s divinity. The principle he proved is known as “Sharp’s Rule.”

Sharp was also a virulent opponent of slavery. He won a court ruling that as soon as any slave set foot upon English territory, that slave became free. Here is an extract from a letter dated this day 3 October 1806 on the wickedness of tolerating slavery.

“I believe, with you, that the late Mr. *** [Wilberforce] was very earnest and sincere in his endeavours to promote the Abolition of the Slave-Trade; but neither he, nor any other person has ever yet urged in Parliament, with sufficient perseverance, the indispensable necessity of abolishing the abominable source of that cruel trade, the toleration of Slavery itself, in all the British colonies, the continued existence of which in any part of the king’s dominions (if we believe the declared judgments in the Holy Scriptures against that oppression) must finally draw down the Divine vengeance upon our state and nation!

“The examples of Divine vengeance declared by the Jewish prophets against their own nation and Regal Government, for neglecting the first principles of natural justice, and tolerating iniquity and oppression, ought certainly to be considered as warnings to all other national Governments; and, as such, should be awfully regarded, but more especially in these latter times, when the end of the fourth and last great Empire, and of all its bestial Horns (or unlimited Crowns) so rapidly approaches!”

Sharp, Granville. Letter appended to “The System of Colonial Law Compared with the Eternal Laws of God and with the Indispensable Principles of the English Constitution.” London, 1807.