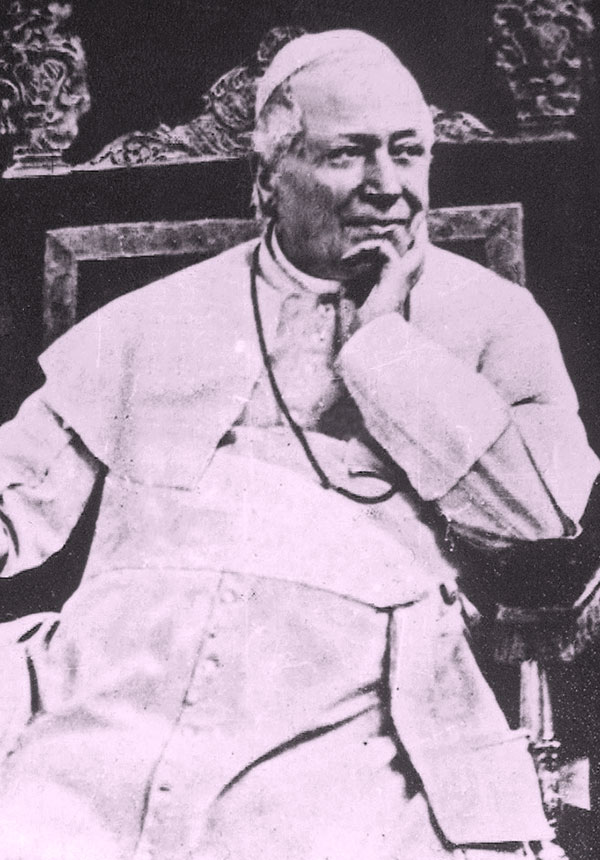 Pius IX opened his reign as pope granting liberties to his Italian subjects.

Pius IX served longer than any other elected pope. Raised to power by cardinals who desired the church to catch up with the rest of Europe by giving more liberty to its subjects in the papal states (Italian lands owned by the church), he liberalized the government of Rome. This move was made by decree published on this day 2 October, 1847. However, his political moves were too little and too late: secularists seized the papal states and eventually Rome itself, leaving Pius IX a “prisoner of the Vatican.” Among his actions he declared Mary, Mother of Jesus, a mediatrix of salvation, and promulgated the controversial doctrine of her immaculate conception. At his insistence, the Vatican I Council declared the equally controversial dogma that the pope is infallible when speaking ex-cathedra (“from the seat,” i.e. with full authority of his office). Here is an excerpt from the preamble of the law that granted Romans the right to choose their own municipal representatives.

“When we were called by Divine Providence to govern the Church and the State, our paternal solicitude was at once directed to every portion of the Dominion subjected to our Government, but especially towards the capital, the chief of all our cities, to which it is consoling for us to devote our watchings and our labors. What was, above all, important, and what we think will be a subject of joy to all, is the restoration to this beloved city of its ancient glory of communal representation, by granting to it a deliberative council. The study of this project has been particularly pleasing to us, and we have not allowed ourselves to be discouraged by any difficulty.”