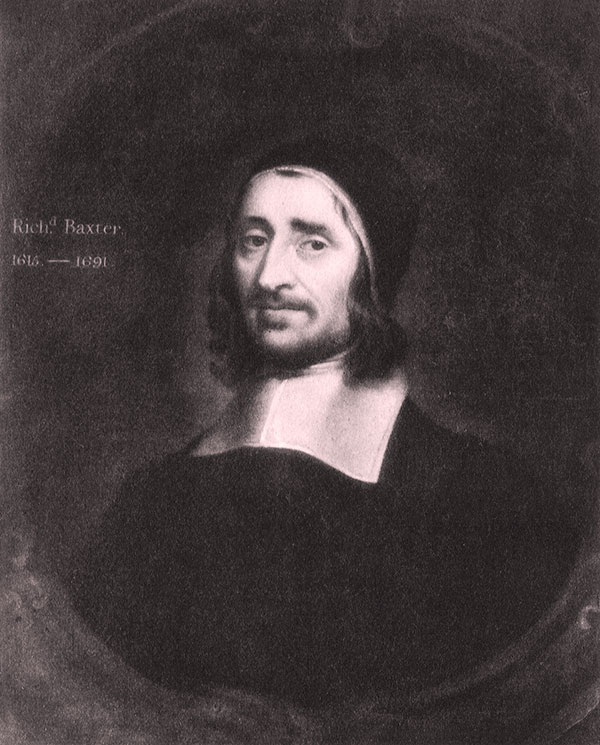 Richard Baxter, most popular English writer of his day.

Richard Baxter was an English Puritan author, pastor, theologian, and controversialist. He gained a national reputation when revival broke out under his ministry at Kidderminster. England was fractured into many religious and political factions and he advocated peace, saying “In necessary things, unity; in doubtful things, liberty; in all things, charity.” Because he turned down a position as Anglican Bishop of Hereford, clinging to his non-conformist views, the government barred him from Kidderminster and forbade him to preach. It even sent him to prison. Today’s excerpt is from a letter written by him on January 24, 1672 in which he protests that he has been obedient to certain restrictions imposed on him.

“I began a Friday lecture at Mr. Turner’s church In New-street, near Fetter-lane, with great convenience and God’s encouraging blessing; but I never took a penny of money for it of any one. And on the Lord’s days I had no congregation to preach to, but occasionally to any that desire me, being unwilling to set up a church and become the pastor of any, or take maintenance, in this distracted and unsettled way, unless further changes shall manifest it to be my duty. Nor did I ever yet administer the Lord’s supper to any one person, but to my old flock at Kidderminster.”