A Cruel Order against the Waldensians - 1655 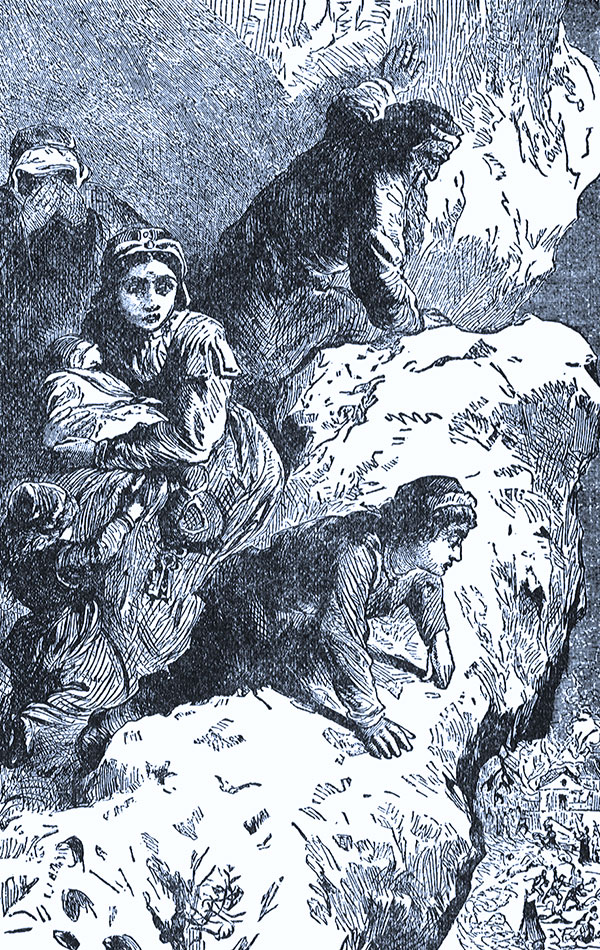 Waldensian fugitives in the alps.

Charles Emmanuel II, Duke of Savoy, issued several edicts aimed at eliminating Protestants and Waldensians (a group of reformers dating back to the 12th century) in his territory. He endorsed the kidnapping of Protestant children so that they might be reared as Catholics. He called an assembly of Catholic nobles and gentry that issued an edict declaring Protestants should be stamped out. This edict was followed by another order, published on January 25, 1655, under the duke’s sanction, by Andrew Gastaldo, his doctor of civil laws, ordering the Waldensians to immediately give up their property (although it was winter) and leave the territory. (This was followed by a massacre of Waldensians in the spring.)

“Andrew Gastaldo, doctor of the civil law, &c. sitting in the most illustrious chamber of accounts of his royal highness, and conservator general of the holy faith, for the observation of the orders published against the pretended reformed religion of the valley of Lucerna, and S. Martino, and upon this account especially deputed by his said royal highness,

“We, by virtue of the authority which we hold of his royal highness, of the 13th instant, &c. command and enjoin every head of a family, with its members, of the pretended reformed religion, of what rank, degree, or condition soever, none excepted, inhabiting and possessing estates in the places of Lucerna, Lucernetta, S. Giovanni, La Torre, Bubbiana, and Fenile, Campiglione, Bricherassio, and S. Secondo, within three days after the publication of these presents, to withdraw and depart, and to be with their families withdrawn out of the said places, and transported into the places and limits tolerated by his royal highness during his good pleasure—under pain of death, and confiscation of homes and goods. Provided always they do not make it appear to us within twenty days following, that they are become Catholics, or that they have sold their goods to the Catholics.—Furthermore, his royal highness intends and wills, that in the places favourably tolerated, (viz. where they were to transport themselves,) in every one of them the holy mass shall be celebrated, inhibiting those of the said pretended religion any ways to molest, either in deed or in word, the missionary fathers, and those that attend them, much less divert or dissuade any of the said religion who would turn Catholic, under the same pain of death, &c.”

Sime, William. History of the Waldenses, from the Earliest Period Till the Present Time.