Politics, the French, and the Turks

"Woe to the land whose king is a boy!"

Luther's part in the Diet of Worms was small considering the major political issues surrounding it. The emperor had plenty of other issues to occupy him--matters that concerned the trajectory of the Christian world. This special guest series by Clayton Miles Lehman continues with part 4 below.

Let us return to Worms and, in light of his new and aggressively public self-confidence, suppose that Charles at first felt proud that he had asserted himself and defended the true faith so strongly and then, having put Luther behind him, relieved that he could now return to the more important work of the diet. The Luther affair had dragged on for too long, Charles wanted the princes to know. They had made a mistake to use such a dangerous man as leverage against his Catholic imperial responsibility to enforce the pope’s condemnation of Luther. But soon Charles learned how difficult it would prove to separate religion from political issues. Some of the electors and princes wanted to continue discussions with Luther in order to persuade the monk to take back his attacks on the pope and the councils. Charles refused to have anything more to do with Luther himself, but he permitted negotiations to continue for a few more days. The reports of the Venetian ambassador, Gasparo Contarini, explain one reason why Charles held back from immediate strong action against the heretic: Luther enjoyed enormous popular support at Worms, and without delicate handling the situation could deteriorate. The throngs always surrounding Luther kept Contarini from ever meeting the reformer himself, and the ambassador could not believe that someone of such an extreme position could have so much support. If Luther took a less extreme position, Contarini thought, he would have the support and worship of all Germany. Moreover during the night of 19-20 April Luther’s supporters posted placards all over the city that insulted the emperor (Vae terrae cujus rex est puer; “woe to the land whose king is a boy”) and threatened the prelates. The posters ended with the challenge Trotz! Trotz! “Defiance! Defiance!” 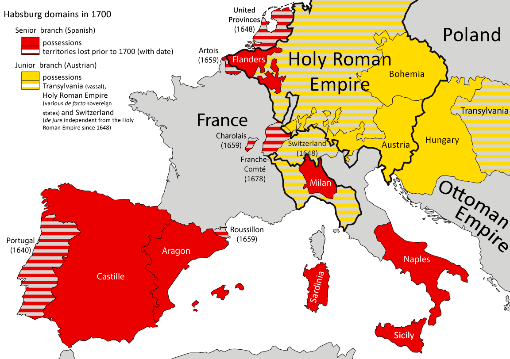 But forces other than Luther’s popularity kept Charles from acting forcefully. The fact that he had kept Luther waiting for two hours before his second hearing reminds us that the agenda of the diet concerned many issues other than the Luther affair. Despite the enormous interest in Luther among the Germans, most participants at the Diet of Worms considered his ideas important only insofar as they played a role in the general desire among the Germans for a reform of the church. Otherwise Luther represented a marginal issue overwhelmed by the estates’ interest in establishing a permanent imperial government that would limit the emperor’s power and advance their interests. On the other hand the imperial faction wanted to prevent reform, enhance the emperor’s power, and extract German funds for his imperial and dynastic plans such as centralizing Habsburg control of Austrian territories, securing Europe from the threat of Turkish invasion, consolidating imperial control of northern Italy, and traveling to Rome for his imperial coronation. They also needed to prepare for an anticipated war with France.

Of course the Germans used Luther’s popularity as leverage against the imperial position as they worked for their own interests, just as Charles used it as leverage against the pope. Within a generation, however, Worms came to occupy its historiographical position as the lynch-pin of the Reformation and so of the shift from the medieval to the modern world. Thus hindsight made the confrontation between Luther and emperor the only feature of the diet generally remembered. In fact Charles had many other immediate concerns on Friday 19 April, and he continued an active, full schedule. But that morning’s spectacle must have given new weight and predominance to the emperor’s role in subsequent business.

The most immediate issue now concerned the Turkish threat. For the previous two weeks the Hungarian ambassadors had pressed for a response to their formal request for military assistance against an impending Turkish attack. Charles acknowledged the danger but put the Hungarians off. Now, however, according the Venetian ambassador Francesco Corner, the ambassadors planned to leave Worms the next day, Saturday 20 April, and insisted on an answer. So, having taken care of Luther, Charles turned to the Hungarians. Once the diet had accomplished its business, and within a year, Charles told the ambassadors, he would himself, with all the power of the empire, undertake an expedition against the Turks with the pope and other Christian rulers.

Charles needed to handle the Hungarian ambassadors with special delicacy because they would leave Worms not only with the promise of aid against the Turks but also with the conclusion of a series of negotiations that touched on the vital interests of the House of Habsburg. Already in 1515 the grandfather of Charles and his brother Ferdinand, Emperor Maximilian, had arranged for his granddaughter Mary, the boys’ sister, to marry Louis of Hungary (King of Hungary from 1516). Once Charles became emperor in 1519, the Habsburg councilors began to complete the dynastic settlement for Ferdinand, and now, in Worms, that business came to fruition. Charles had to work out the final details on 19 and 20 May after he made his position with respect to Luther clear to the princes and before the Hungarian delegation left Worms. On 28 April Charles would yield to Ferdinand, now Archduke of Austria, the five eastern provinces of the House of Austria, and keep the western provinces for himself. An additional marriage, which Maximilian had conditionally arranged in 1515, would further consolidate Habsburg power in eastern Europe: at the end of May Ferdinand would marry the sister of his brother-in-law King Louis II of Bohemia and Hungary. During their time in Worms with the Hungarian ambassadors Charles, Ferdinand, and their advisors used the promise of military assistance against the Turkish threat as a powerful bargaining point for enhancing the Austrian patrimony. 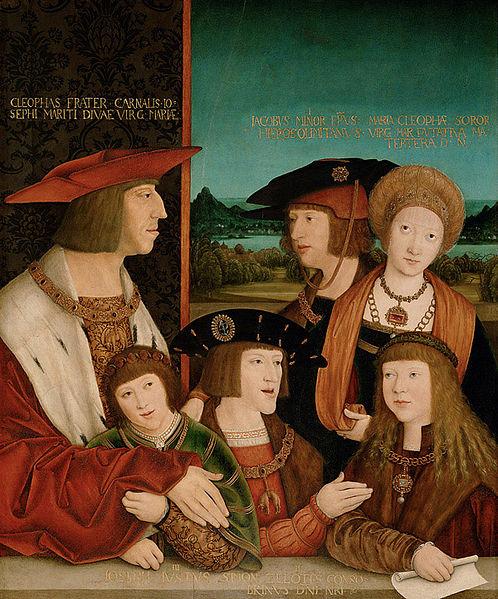 Charles had another matrimonial scheme to consider in these days: his own. Just before Luther’s arrival, the English ambassador Cuthbert Tunstal reported that Charles wanted to meet King Henry in Flanders and conclude a marriage with Princess Mary. Long before the diet began Charles had played the French and English off each other by negotiating marriage alliances with Mary, the five-year-old daughter of Henry VIII, and Charlotte, the four-year-old daughter of Francis I. Charles’s Spanish subjects much preferred Princess Isabella of Portugal, and ultimately, in 1526, he married her. Charlotte died still a child and Henry’s daughter eventually married Philip, the son of Charles and Isabella. At the diet of Worms, however, all three potential matches remained under negotiation.

Impending war with France complicated these marriage negotiations. Charles’s election as emperor on 28 June 1519 exacerbated his rivalry with King Francis. Both had vied for the election, but the rivalry involved the much more long-standing dispute over control of the Kingdom of Naples, northern Italy, and Burgundy. Since July of 1520 Henry and Charles had a provisional treaty of mutual defense against France, and from that time they kept ambassadors at each other’s courts. Their respective agents, including the notorious Cardinal Wolsey for England, worked out the details in Calais at the end of the summer of 1521 after the French invaded Navarre, part of which Ferdinand has seized in 1512, and the Low Countries, and they concluded the treaty of Bruges in August 1521. The pope, with whom Charles had negotiated through his ambassador Juan Manuel since the spring of 1520, joined the alliance. The resulting Italian War pitted Charles, Henry, and the pope against Francis and the Venetians. During the Diet of Worms Charles objected that Francis encouraged and supported his proxies Charles, Duke of Guelders, and Robert de la Marck to attack the Low Countries and Henry d'Albret to attack Navarre; Francis instructed his ambassador to the diet to deny his involvement and assert his desire for peace. Francis dispatched the last of these instructions on 14 April. His ambassador, the Seigneur de Barrois, seems to have communicated the content to Charles and the electors only on 28 April, but the French problem certainly occupied Charles’s thoughts on 19 April. Charles’s heartfelt declaration that morning shows us that a powerful sense of obligation to God and family motivated him in his efforts to protect Christendom from all its enemies, but contemporaries did not believe him. They saw only a powerful, ambitious monarch aiming at even greater power, no different to Francis. In the end the diet approved military support for Charles if Francis attacked, but with the understanding that they would not also support the expedition to Italy that the emperor wanted to undertake after the conclusion of the diet. Charles had made this expedition a priority as he wanted the estates’ support in an attempt to recover imperial territory lost to the French or otherwise disengaged in the Italian Wars, but other concerns shelved this point until May. The estates used the grant of support for the Italian expedition effectively to secure imperial concessions; they realized that due to the revolt in Spain and the impending war with France, the emperor would almost certainly not follow through with his plan to go on to Italy, as in fact events proved.

The attempt to limit the French threat also involved preventing the Swiss from providing military forces to the French. In fact, later in the day on 19 April Charles expressed outrage at the pope’s separate negotiations with the Swiss. Francis, too, negotiated with the Swiss. So Charles tried to keep them on his side by dealing with them directly and through the diet, all to no avail: on 3 May the Swiss aligned themselves with the French. The need of Europe’s princes for Swiss mercenaries forced them to swallow the unpalatable political structures of the Swiss confederacy, which placed the interests of the Common Man above those of his betters.