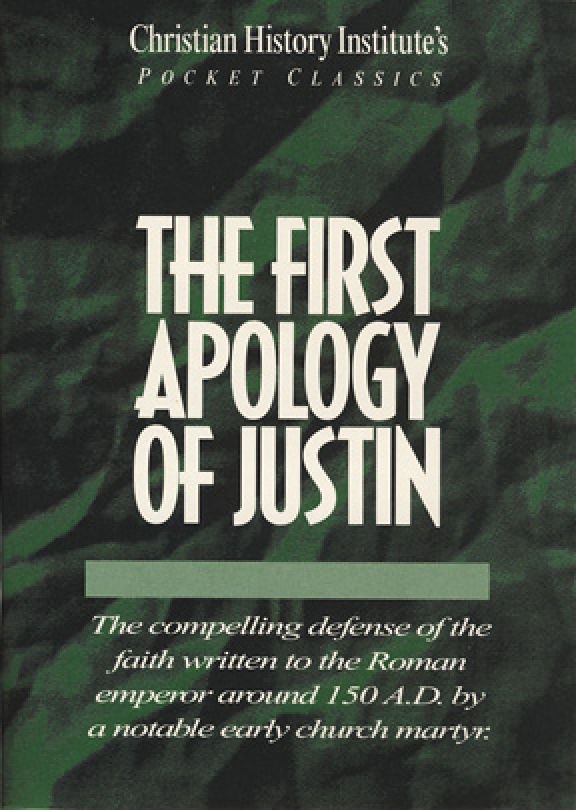 The compelling defense of the faith written to the Roman emperor around A.D. 150 by a notable early church martyr.

In the second century, Christians were a persecuted minority. Justin was a student of philosophy who converted to Christianity and was one of the earliest Christians to appeal to the pagan world to study Christianity and discover the reasonableness of the Christian faith. In his first "Apology" (which means defense), Justin addresses the emperor Antonius Pius and sets forth the Christian Gospel as the ultimate truth. He exposes the hypocritical intolerance of the empire against Christians while they honor pagan practices that are sometimes corrupted imitations of Judeo-Christian beliefs. He shows how Jesus is the fulfillment of the Jewish prophecies what the beliefs and practices of the early Christians were, and how these had dramatically changed believers' lives. Justin writes the emperor respectfully but without pulling any punches. He insists that Christians not be subject to unjust persecution and he warns the emperor of the judgement to come if he does not give heed. Justin died for his faith. He was beheaded in A.D. 165.