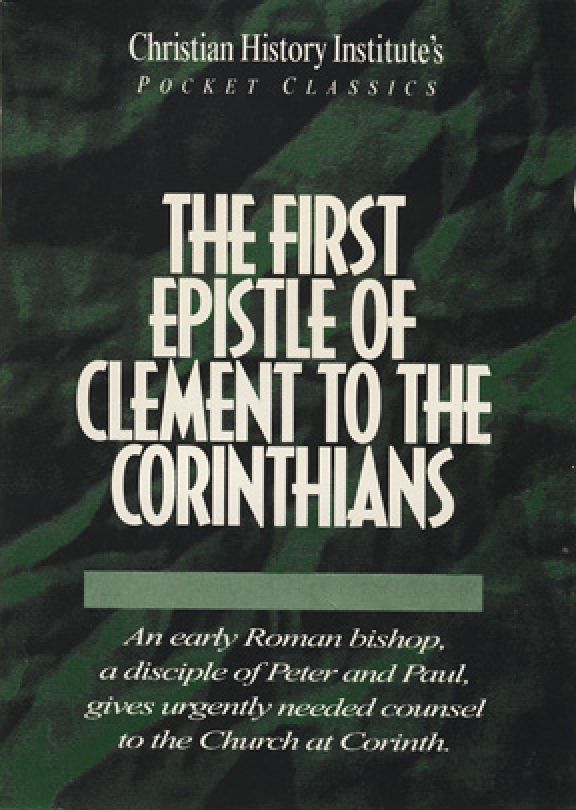 The First Epistle of Clement To The Corinthians - Pocket Classic

An early Roman bishop, a disciple of Peter and Paul, gives urgently needed counsel to the Church of Corinth.

A generation after apostle Paul wrote his epistles addressing problems plaguing the church at Corinth there was need again to deal with their spiritual condition. This time the task was taken up by Clement of Rome, a disciple of Peter and Paul.

Clement had become a leader of the church of Rome and its fourth bishop. With the apostles' teachings still ringing in his ears he takes up his pen to offer guidance for healing disputes and discord that have again disrupted the early believers in the notoriously corrupt Greek city of Corinth. Clement's first epistle is one of the earliest documents of the early Christian church after the New Testament. In fact, some in the early church treated this epistle on the level of scripture prior to the finalization of the New Testament canon. Rich with spiritual references. Clement's letter encouraged the Corinthian Christians to remember their high calling in Christ. His exhortation to unity, humility, and forgiveness speak to the church in any place and generation.