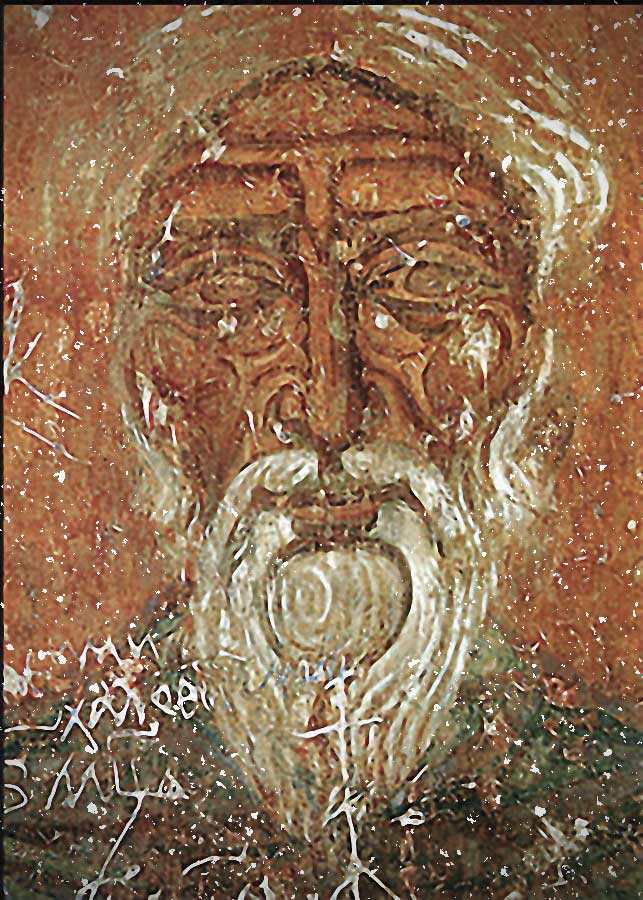 The plague of 250 roused the Christians of Carthage to action under the leadership of their bishop, Cyprian (right). Pagan authorities blamed the Christians for triggering the displeasure of the gods, and Emperor Decius pronounced the death penalty on those who would not bow before the imperial gods. But Cyprian implored his flock to minister to the physical needs of their oppressors, regardless of the dangers to themselves posed by both persecution and contagion.

But nevertheless it disturbs some that the power of this disease attacks our people equally with the heathen, as if the Christian[s] believed for this purpose, that [they] might have the enjoyment of the world and this life free from the contact of ills; and not as [those] who undergo all adverse things here and [are] reserved for future joy.

[F]urther, beloved brethren, what a great thing is it, how pertinent, how necessary, that a pestilence and plague which seems horrible and deadly, searches out the righteousness of each one, and examines the minds of the human race, to see whether they who are in health tend the sick; whether relations affectionately love their kindred; whether masters pity their languishing servants; whether physicians do not forsake the beseeching patients; whether the fierce suppress their violence; whether the rapacious can quench the ever insatiable ardor of their raging avarice even by the fear of death; whether the haughty bend their neck; whether the wicked soften their boldness; whether, when their dear ones perish, the rich, even then bestow anything, and give, when they are to die without heirs.

Even though this mortality conferred nothing else, it has granted this benefit to Christians and to God’s servants, that we begin gladly to desire martyrdom as we learn not to fear death. These are trainings for us, not deaths: they give the mind the glory of fortitude; by contempt of death they prepare for the crown. –From CH issue #101 (2011)

By Cyprian of Carthage