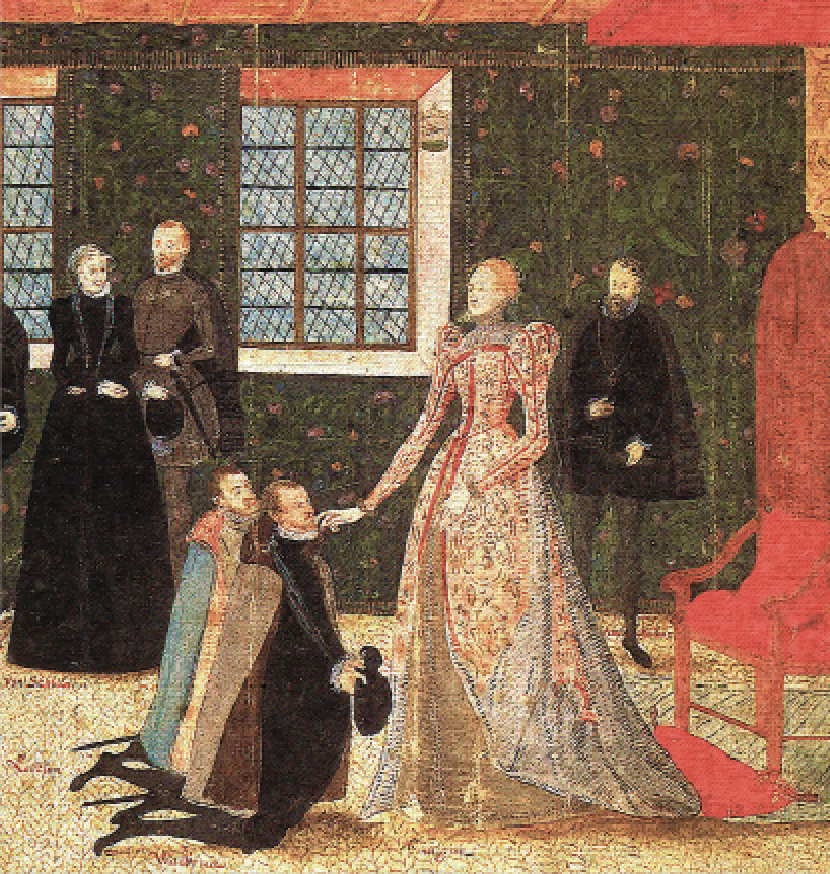 —1487 Malleus Maleficarum (The Hammer of Witches) is published.

—1511 Prüss marries printer Reinhard Beck, a necessity to continue printing as a woman. Her other two husbands will also be printers.

—1517 Martin Luther rises to fame after proposing his 95 Theses.

—1523 Katharina von Bora and other nuns escape the Cistercian convent in Nimbschen. Schütz marries former priest Matthew Zell. Argula von Grumbach writes To the University of Ingolstadt to protest the university’s treatment of a Lutheran student.

—1524 Schütz writes Letter of Consolation to the Suffering Women of Kentzingen and Apologia for Matthew Zell on Clerical Marriage. Katharina von Zimmern formally resigns as abbess of the Benedictine Fraumünster convent in Zurich.

—1529 Heinrich Bullinger marries Anna Adlischwyler, a former nun from a Zurich convent, after a long courtship.

—1530 Prüss prints Ursula Jost’s Prophetic Visions and Revelation of the Works of God in these End Times. That same year she and Back are censured for publishing the work of Melchior Hoffmann.

—1531 Marguerite de Navarre publishes The Mirror of a Sinful Soul.

—1534 Prüss begins issuing volumes of a hymnal of the Bohemian Brethren revised by Schütz.

—1535 Von Freyberg is arrested for her Anabaptist activities, though she is later released. The Poor Clares convent in Geneva closes. Around this time, Jeanne de Jussie probably writes The Short Chronicle and Marguerite de Navarre writes The Inquisitor.

—1540 Bullinger publishes Der Christliche Eestand (On Christian Marriage), based in part on his courtship letters to Adlischwyler. Henry VIII marries Anne of Cleves; the marriage is annulled after a few months and he marries Catherine Howard.

—1541 Miles Coverdale translates Bullinger’s book into English, and it proves popular. Margaret Blaurer’s ministry culminates in her service to plague victims in Constance.

—1542 Martin Luther writes the short preface “Consolation for Women Whose Pregnancies Have Not Gone Well” to introduce a book by Johannes Bugenhagen.

—1543 Henry VIII marries Catherine Parr, who will outlive him. Nicholas Copernicus writes On the Revolutions of the Celestial Spheres.

—1544 The future Queen Elizabeth I translates The Mirror of a Sinful Soul into English—at age 11.

—1546 John Calvin challenges Dentière about her preaching in the streets. Anne Askew is martyred in England for Protestant beliefs.

—1548 Schütz preaches a sermon at her husband’s funeral.

—1553 Mary, daughter of Henry VIII and Catherine of Aragon, becomes queen of England after the death of her half-brother, Edward VI, and the nine-day reign of Lady Jane Grey. She works to abolish Protestantism by force.

—1558 Marguerite de Navarre’s The Heptaméron is published posthumously. Schütz publishes her last work, Meditation on Psalms and an Exposition of the Lord’s Prayer for Sir Felix Armbruster. Elizabeth, daughter of Henry VIII and Anne Boleyn, becomes queen of England; she will rule for 45 years and reestablish Protestantism in what becomes known as the “Elizabethan Settlement.”

—1566 Conferences of Reformed deaconesses are held in Amsterdam and elsewhere.

—1572 The St. Bartholomew’s Day Massacre occurs in France. Charlotte Arbaleste Duplessis-Mornay becomes known as a writer from her first-person accounts of the event.

From pamphlet writing to pastoral counsel, Katharina Schütz Zell fought for her right to speak 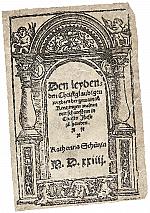 “Christ is the master”: Margaret Blaurer

Blaurer was of use to the church as a single woman.

Margarethe Prüss helped advance the radical Reformation through her publishing