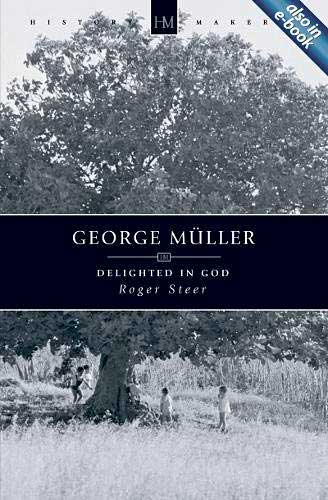 The most comprehensive biography of George Müller is Delighted in God by Roger Steer (1975). Müller’s own works (see below) are also a great source of information on his life, given his meticulous documentation of his activities. Other modern books on Müller include Nancy Garton, George Müller and His Orphans (1963); Bonnie Harvey, George Müller: Man of Faith (1998); and, for children, Janet and Geoff Benge, George Müller (1999). A number of biographies of Müller were written shortly after his death; the most famous is probably Arthur Tappan Pierson, George Müller of Bristol (1899).

Read these past issues of Christian History online.

Some are still available for purchase:

Videos on this issue’s topic include Robber of the Cruel Streets: The Story of George Müller; Steve Saint: The Jungle Missionary; Amy Carmichael, Mother to the Motherless; and Anthony Norris Groves: The Quiet Trailblazer.

CHI’s Torchlighters series includes episodes on Jim Elliot and Amy Carmichael, with George Müller due out in 2019.

Müller’s Narratives and the books adapted from them—The Life of Trust and Answers to Prayer—are available online at Gutenberg.org.

Mullers.org is the online site of the organization that continues to carry out Müller’s ministry; it also has a number of historical resources and photographs. GeorgeMuller.org is a Müller fan site mainly focusing on devotionals, quotations, and videos.

Some Brethren resources are also online at the Online Library of Brethren Writers, at Brethren Archive, and at the website of the Christian Brethren Archive in Manchester, which is a great place to visit for research. CH