Raise a juice box to the temperance movement In 1869 a 43-year-old Methodist dentist on his third career changed American Protestantism forever.

Thomas Bramwell Welch (1825–1903) came to upstate New York with his family at age six. There he joined the abolitionist Methodist offshoot, the Wesleyan Methodists. He began preaching at 19, but his vocal cords were no match for his religious fervor, and he was out of the ministry with voice problems by 21.

He had just married the quiet and steady Lucy Hutt, much to the surprise of his parents (she was their cook). Needing a new occupation to support his new family, T. B. chose medicine, but the traveling life of a rural doctor was not much better for his health.

T. B. turned to dentistry and settled in Vineland, New Jersey, in 1869. There he made false teeth (“good chewers or no sale”) and performed the relatively new operation of extracting teeth “under gas” (nitrous oxide). Eventually he returned to mainline Methodism and was asked to serve as a Communion steward at the Methodist church in Vineland.

As the son of a teetotaling mother and a social-drinker preacher father, serving alcoholic wine at Communion bothered T. B. greatly. His impetus to develop a substitute increased, the family story goes, when a visiting preacher with a drinking problem stayed at the Welches’ home and revealed the dangers he’d found in Communion wine.

Methodists had been urging unfermented grape juice at the table since 1864, when Methodist legislators recommended “that in all cases the pure juice of the grape be used in the celebration of the Lord’s Supper.” But grapes were only in season in the late summer. Preserved grape juice would naturally ferment within weeks.

T. B. and his son Charles (1852–1926) had heard of Louis Pasteur’s experiments in pasteurizing liquids to extend their shelf life. Pasteur injected pasteurized grapes with yeast to control the flavor of the resulting wine.

The Welches wanted to halt the process right after the pasteurizing: no yeast, no fermentation. In 1869 they picked grapes from the trellis outside their house, cooked them, filtered them, and plunged the bottles of cooked and filtered juice into boiling water—not too long, but just long enough.

When the bottles were uncorked, they had not fermented. The Welches had succeeded.

The Welches were only part of a larger trend. “Temperance” had been defined ever since the ancient Greeks as moderation in all things. But by the time 1900 dawned, the average American Protestant would understand it to signify “teetotalism”: total abstinence from all alcohol.

Americans originally had been a hard-drinking bunch. In the colonies whether attending a political debate, celebrating Christmas with family and friends, or helping your neighbor put up a barn, chances were good you’d all partake liberally in a pint or three of beer or hard cider. If you were a colonial governor or a landowner, you were probably putting away a lot of fancy European wine as well.

Taverns were the center of social and political life: today’s coffeeshops, post offices, campaign headquarters, and blogs rolled into one. Eighteenth-century Americans consumed about 7.1 gallons of absolute alcohol a year on average. The bar tab for George Washington’s farewell party given by his troops in 1787—a party attended by 55 people—ran to 60 bottles of claret, 54 bottles of Madeira, 22 bottles of porter, 12 bottles of beer, 8 bottles of hard cider, 8 bottles of whiskey, and 7 bowls of spiked punch.

As the nineteenth century dawned, whiskey rose in popularity, and German immigrants brought with them a new drink, lager beer. America was urbanizing and industrializing; in the city one could drink in perfect anonymity. Cities also multiplied the number of places where people could buy liquor: bars, groceries, restaurants, and German beer gardens.

A “temperance thermometer” produced in the 1780s by Philadelphia physician Benjamin Rush attributed horrific effects to distilled spirits, but said that cider, beer, and wine, “taken only at meals and in moderate quantities,” would bring “cheerfulness, strength, and nourishment.” But by the 1830s scientists believed that wine and beer contained alcohol, and that it was an unhealthy stimulant to the body.

The trend began with US Army surgeon William Beaumont’s experiments on the stomach of a Canadian voyageur named Alexis St. Martin. St. Martin was injured by a musket in 1822, leaving a hole in his stomach that Beaumont could not fully repair. In 1825 Beaumont began experiments on the human digestion system by inserting items into St. Martin’s stomach on silk strings. He also gave St. Martin beer and wine to drink. These along with pretty much any spicy condiment you can think of (mustard was one chief offender), produced changes in the stomach.

The case was a sensation, and Methodist doctor Thomas Sewall soon got hold of it, made his own experiments on corpses, and published the results. Soon no temperance book was worth its salt if it didn’t include gruesome descriptions of a drunkard’s stomach.

The first article that questioned the use of alcohol in the Eucharist appeared in 1835, by Congregationalist scholar Moses Stuart. He argued that churches should dilute their wine with water until it was at the non-intoxicating strength he believed Jesus had consumed. Many Protestant pastors, denominational executives, scholars, and laypeople took up this call.

Beneath nearly all the theological assumptions of nineteenth-century Protestantism ran a system of thought called “common-sense realism”: the human mind was made to take data in from the senses and to use that data to produce moral judgments and behaviors. People worried that alcohol and other vices would cloud this process. In 1849 Stuart published a pamphlet called Scriptural View of the Wine Question, which popularized the “two-wine theory”: when the Bible talks negatively about wine, it means the fermented stuff, and when it praises wine, it means grape juice.

Christian laypeople wrote hymns and catechisms in favor of total abstinence (see sidebar, right). Pastors preached sermons against alcohol. Denominations released floods of tracts. Churches supported the 1851 “Maine Law” that forbade use or sale of liquor in the state of Maine except for “medicinal, mechanical, or manufacturing purposes.” Twelve other states soon followed, and several more tried to pass such laws but failed.

Church women even published temperance cookbooks such as Total Abstinence Cookery: Being a Collection of Receipts for Cooking, From Which All Intoxicating Liquids Are Excluded (1841). And even as T. B. and Charles Welch were plunging their backyard grapes into hot water, British scholar Frederic Lees was preparing his magisterial Temperance Bible Commentary (1870). This work, treating every place in Old Testament and New mentioning alcohol, became a temperance publishing sensation on both sides of the Atlantic.

The motives of temperance reformers, including the Welches, were frequently mocked by later writers after the failure of national Prohibition. Alcohol shouldn’t be marginalized, thought the elites and the business owners of a post-Prohibition world; it should be marketed.

But nineteenth-century temperance advocates had sincerely believed that eliminating alcohol would solve the problems of broken homes, unemployment, abuse, predatory lending, and crime. It was one reason support for temperance was entwined with support for women’s suffrage: if women could vote, the argument ran, they would vote against the liquor traffic.

And temperance efforts worked. By 1835 Americans were down from seven to five gallons of absolute alcohol, by 1840 it was three, and by 1848 it was one gallon per year. The number began climbing upward in the twentieth century, but only made it to three gallons right before Prohibition in 1920. In the late 2010s, it stands at a little over two gallons.

pure juice of the choicest grape

T. B.’s son Charles, as successful a dentist as his father, was a much better salesman. At first he combined grape-juice peddling and dentistry. (He met his first wife, Jennie Ross, as a grape-juice customer.) He began advertising “the pure, unfermented, undiluted juice of the choicest Concord Grape” for either dinner or Communion: “Welch’s Grape Juice is so properly the fruit of the vine, that consumers using it are delighted.”

In 1893 Charles turned his dental practice over to his sister Dr. Emma Welch Slade. He briefly entertained the idea of going to Africa as a Methodist missionary, but decided, under firm pressure from his wife and his mother, that he could do more for the temperance cause by staying home. Charles incorporated the Welch Grape Juice Company in 1897. In 1916 Methodists made the use of grape juice in Communion mandatory, and soon after many other Protestants did also.

Charles Welch died in 1926 at age 74, a successful businessman and philanthropist. In his will the executors found this sentence: “Unfermented grape juice was born in 1869 out of a passion to serve God by helping his church to give at its Communion ‘the fruit of the vine’ instead of ‘the cup of devils.’” CH

Jennifer Woodruff Tait is managing editor of Christian History and author of The Poisoned Chalice. This article is adapted from one that first appeared on the Christianity Today website in March 2017. 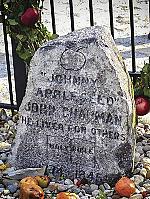 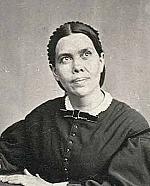