And while there are also many books about the Eucharist, here are a few that look at it in conjunction with ancient food practices: Andrew McGowan, Ascetic Eucharists (1999) and Ancient Christian Worship (2016); Dennis Edwin Smith and Hal Taussig, Many Tables (1990); Angel Méndez-Montoya, The Theology of Food (2009); and Hal Taussig, In the Beginning Was the Meal (2009).

Food in the Bible is treated in Robert Karris, Eating Your Way through Luke’s Gospel (2006); Miriam Feinberg Vamosh, Food at the Time of the Bible (2006); Ellen Davis, Scripture, Culture, and Agriculture (2008); Nathan MacDonald, What Did the Ancient Israelites Eat? (2008); and Douglas Neel and Joel Pugh, The Food and Feasts of Jesus (2013).

Read about fasting and vegetarianism in Caroline Walker Bynum, Holy Feast and Holy Fast (1987); Veronika Grimm, From Feasting to Fasting, the Evolution of a Sin (1996); Teresa Shaw, The Burden of the Flesh (1998); Frederica Mathewes-Green, The Illumined Heart (2001); Rachel Muers and David Grumett, eds., Eating and Believing (2008); and Andrew Jotischky, A Hermit’s Cookbook (2011). The book that birthed the Christian diet industry is Charlie Shedd’s Pray Your Weight Away (1957), and recent evangelical concern about food practices is traceable to Ron Sider, Rich Christians in an Age of Hunger (1977).

And finally while you’ll find recipes in many of the above, some of the most famous Christian cookbooks include the genre-founding book by Mary Mann, Christianity in the Kitchen (1861) and three books you’ve met in this issue: Robert Farrar Capon, The Supper of the Lamb (1969); Doris Janzen Longacre, More-with-Less (1976, 40th anniversary edition 2016); and Evelyn Birge Vitz, A Continual Feast (1985).

Read these related issues of Christian History online. Some are still available for purchase:

• 49: Everyday Faith in the Middle Ages

• and our special guide, The History of Worship between Constantine and the Reformation

Videos on the theme of this issue include History of Christian Worship: The Feast; Last Supper; Seeds, Dirt, Fruit; Sparrows; The Daniel Plan; Wisdom from India: Vegetarianism; and for kids, Bedbug Bible Gang: Miracle Meals.

There’s no shortage of food history on the Internet; we can only give you a taste here (no pun intended). The Food Timeline has information, recipes, and an extensive bibliography about all aspects of food from prehistoric times to the present. The Smithsonian has a food history section, and PBS maintains a food blog called The History Kitchen. The Old Foodie is another interesting food history blog. And, the Lilly Library at Indiana University has put some of its cookbook collection online. In fact many older cookbooks can be found through Google Books.

Kendall Vanderslice at Vanderslice of the Sweet Life has a nice bibliography on faith and food, and the Christian Food Movement has a blog and an extensive resource guide of farms, cookbooks, other books about food, community gardens, conferences, and organizations. Finally, our issue advisor LaVonne Neff blogs frequently about food at Lively Dust. CH 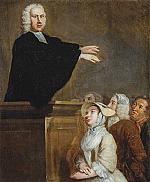