Buying and selling are necessary. They cannot be dispensed with and can be practiced in a Christian manner, especially when the articles of trade serve a necessary and honorable purpose. . . . Even the patriarchs bought and sold cattle, wool, grain, butter, milk and other goods. These are gifts of God, which He bestows out of the earth and distributes among men. But foreign trade, which brings from Calcutta, India, and such places, wares like costly silks, gold-work and spices, which minister only to luxury and serve no useful purpose, and which drains away the wealth of land and people—this trade ought not to be permitted. . . .

The merchants have among themselves one common rule. . . . They say: I may sell my goods as dear as I can. This they think their right. Lo, that is giving place to avarice and opening every door and window to hell. What does it mean? Only this: “I care nothing about my neighbor; so long as I have my profit and satisfy my greed, what affair is it of mine if it does my neighbor 10 injuries at once?” There you see how shamelessly this maxim flies squarely in the face not only of Christian love, but of natural law. . . .

The rule ought to be, not: I may sell my wares as dear as I can or will, but: I may sell my wares as dear as I ought, or as is right and proper. For your selling ought not to be a work that is entirely within your own power and will, without law or limit, as though you were a god and beholden to no one; but because this selling of yours is a work that you perform toward your neighbor, it must be so governed by law and conscience, that you do it without harm and injury to your neighbor, and that you be much more concerned to do him no injury than to make large profits. . . .

You ask, then, How dear may I sell? How am I to get at what is fair and right so as not to overreach or overcharge my neighbor? . . . The best and safest way would be for the temporal authorities to appoint over this matter wise and honest men who would appraise the cost of all sorts of wares and fix accordingly the outside price at which the merchant would get his due and have an honest living, just as at certain places they fix the price of wine, fish, bread and the like. But we Germans are so busy with drinking and dancing that we cannot tolerate any such regulation . . . the next best thing is to hold our wares at the price which they bring in the common market or which is customary in the neighborhood. . . .

But when the price of goods is not fixed either by law or custom, and you must fix it yourself, then indeed no one can give you any other instructions except to lay it upon your conscience to be careful and not overcharge your neighbor, and seek not avaricious gain, but only an honest living. . . . There are four Christian ways of trading external goods with others. . . .

The first way is to let them rob us of our property and take it from us, as Christ says in Matthew 5:40, “If any man take thy cloak, let him have the coat also, and ask it not of him again.”. . .

The second way is to give freely to everyone who needs it, as Christ teaches in the same passage. . . . That takes a true Christian, and a true Christian is a rare animal; the world and nature pay no heed to them.

The third way is lending; that is, I give away my property and take it back if it is returned to me; if not, then I must do without it. Christ Himself makes a rule for this kind of lending and says, “Lend, hoping for nothing again.” . . .

The fourth way of trading is buying and selling, and that with cash money or payments in kind. If a man wishes to practice this method, he must make up his mind not to rely on anything in the future but only on God, and to deal with men who will certainly fail and lie. . . . If he wishes to lend, let him lend to Christians, or else take the risk of losing it and lend no more than he would be willing to give outright or can spare from his own necessities. If the government will not help him get his loan back, let him lose it; and let him beware of becoming surety for any man, but let him far rather give what he can. Such a man would be a true Christian merchant and God would not forsake him, because he trusts Him finely and gladly takes a chance, in dealing with his risky neighbor.

Early Christians emphasized doing good for all, whether or not they were worthy 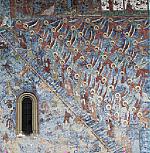