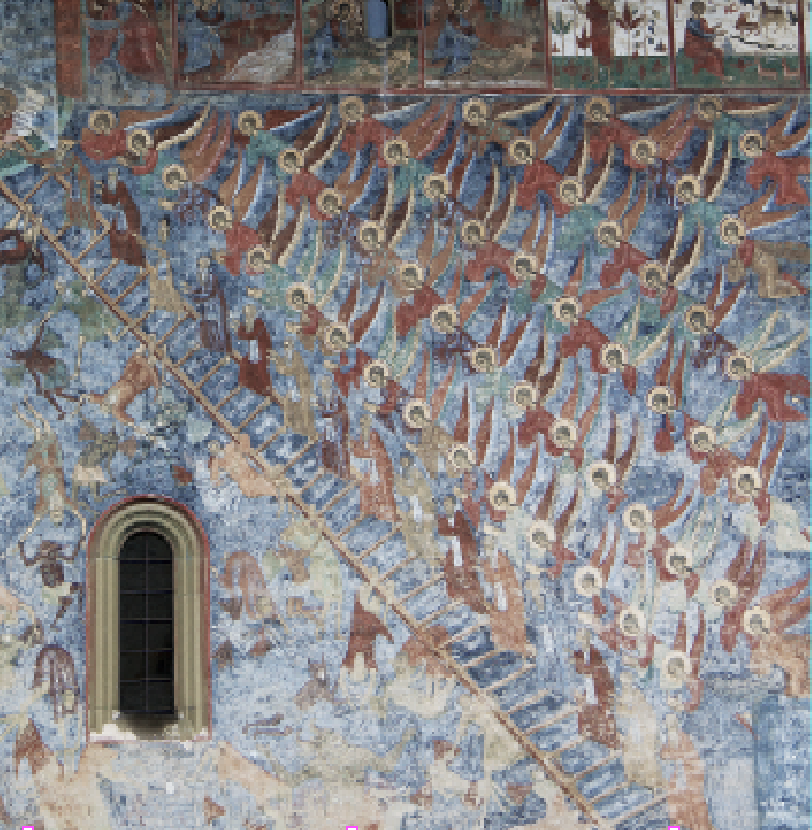 Asked to give an example of “philanthropy” today, many of us would think of rich people giving large donations to worthy causes. But the ancient use of the word was quite different. Anyone could be philanthropic, though it might be difficult; they might not give money, but mercy and kindness instead; and the recipient did not need to be worthy.

In early 363 the Roman emperor now known as Julian the Apostate (331–363) was preparing to invade Persia. But something was troubling this pagan ruler, who had created a system of pagan priests in Asia Minor. In one of two letters that survive, he ordered Arsacius, his high priest of the region of Galatia,

to build in each city, frequent hostels in order that strangers may profit by our philanthropy; I do not mean for our own people only, but for others also who are in need of money. . . . For it is disgraceful that, when no Jew ever has to beg, and the impious Galileans support not only their own poor but ours as well, all men see our people lack aid from us.

Julian wanted his pagan priesthood to imitate Christian institutions and practices, including “philanthropy to strangers,” that he thought accounted for Christianity’s post-Constantinian success. He proposed that, just as the gods ministered to humans by bestowing on them the blessings of the earth, so his priests ought to share their material goods with everyone, including the poor. In fact, he emphasized, they should consider it “a pious act to share our food and clothing even with the wicked.”

Ancient Greeks and Romans were not callous toward poor strangers on an individual basis. Dominant public moralities, however, limited moral obligations to members of one’s own family, class, civic, or religious group. But philanthropy was an exception. In classical discourse eleos (mercy) was usually distinguished from philanthropia (best translated as “clemency”): while the former was usually restricted to an impulse to help members of one’s own circles, the latter described a rarer impulse to help outsiders, despite prejudices one’s group might normally have against them.

Christianity added a much closer coordination between these two concepts. Christian authors from the fourth century to seventh regularly used philanthropia to describe the attitude a person needed to possess to listen and show people mercy—whether by pardoning them for treason, forgiving what they owed in taxes, giving them alms, or offering eternal salvation—even if the recipients were guilty of all possible wrongs and deceits. It was this emphasis on helping others despite one’s suspicion or knowledge that they did not deserve it that made ancient Christian philanthropy not just a lofty ideal but a truly provocative challenge.

The word philanthropia only appears three times in the New Testament. In Acts it appears twice in relation to unexpected kindnesses the apostle Paul received from outsiders (Acts 27:3 and 28:2). Both present philanthropy as a kindness that would normally not be expected of the people in question.

Titus 3:4 is the most important for later tradition. To convince readers to show “every courtesy to every person,” it tells of how God philanthropically saved humanity, despite our manifold sins and bad behavior—presenting divine philanthropy in a way associated with classical gods, Hellenistic kings, and Roman emperors. Together with the two passages from Acts, it shows that the classical notion of philanthropy was not merely peripheral to Christian tradition but at its center from the very start.

Like much else in the classical world, philanthropy became an issue of contention between Christians and pagans in the decades following Constantine’s conversion. Church historian Eusebius of Caesarea contrasted the philanthropia of Emperor Constantine and the misanthropia (misanthropy, a word we use today to describe a dislike of humanity) of his pagan rival, Licinius. The tables were turned just a few years later, when Basil of Caesarea, bishop of an important urban center in what is now central Turkey, lamented the refusal of wealthy Christians in his congregation to share grain with the poor during a famine around 369: “The stories that pagans tell about philanthropia are putting us to shame.”

The idea also informed early Christian preaching on generosity toward beggars. Gregory of Nazianzus (c. 329–390) emphasized Christian duty toward society’s most ostracized and abhorred members: lepers. He challenged his congregation to adopt a generous attitude despite revulsion and fear: “To [lepers] a philanthropic benefactor is not someone who has supplied their need, but anyone who has not cruelly sent them away.”

Sermons that John Chrysostom (347–407) delivered in Antioch and Constantinople reached larger populations and a greater range of needy people. Later Orthodox traditions even called him “John of Alms.” Chrysostom’s sermons have been preserved in greater quantity than those of any other ancient Christian preacher, and his references to philanthropy run into the thousands.

Our Master is philanthropic, Chrysostom maintained, because he is willing to forgive human sins if we confess and repent, and has given us multiple opportunities to do so before we die. He sends calamities like earthquakes to rouse us from our casual callousness toward one another; yet we should be grateful that, because of God’s philanthropy, these calamities are not more destructive, allowing most of us to survive; and indeed, by teaching us to be more kind toward each other in this life, such calamities have saved us from being punished more severely for our sins against each other in the afterlife.

But Chrysostom’s main concern was to promote almsgiving to all, despite suspicions that recipients of our mercy might not deserve it. He cited the case of Lazarus from Luke 16:19–31 and noted that Christ himself had modeled philanthropy not only by healing lepers, casting out demons, and comforting the sick, but also by associating with publicans, prostitutes, and sinners. “Do this, I beg you,” Chrysostom implored, “without making any inquiry more than is necessary. . . . Need alone is the poor man’s worthiness; if anyone at all ever comes to us with this recommendation, let us not meddle any further.”

Don’t throw out the bishops

By the fifth century, the Christianized idea of philanthropia had become widespread—even to emperors. Church historians told how, for example, after hearing a petition from a defeated usurper, Constantius (317–361) had “treated him with the greatest philanthropy,” allowing him to live on a government stipend; after hearing an orator declaim on philanthropy, the fearsome Valens (328–378) was inspired to mete out milder punishments.

Theodosius the Great (347–395) opted not to punish rebellious citizens of Antioch “out of philanthropy” after listening to their bishop, having heard that it would lead to bloodshed; Anastasius (c. 431–518) “philanthropically” declined to eject two condemned bishops. But historians saved their highest praise for Theodosius the Younger (401–450); his reputation for philanthropy was so great that even the Huns decided to stop fighting and submit to Roman rule, knowing that they would be treated with mercy.

On a more cosmic level, early historians offered many instances in which God had expressed divine philanthropy after the Fall, from moments of divine condescension like the Incarnation and Crucifixion, to more regular and routine acts of mercy, such as answering prayers or afflicting those in need of salvific correction.

These historians argued that all earthly blessings flow from God’s philanthropy. Yet most people remained unappreciative, unless they suffered unexpected calamities and were restored to prosperity or health. But sinners could directly appeal to divine philanthropy by confessing their transgressions, performing penance, and treating people philanthropically themselves.

The next best approach was to ask someone else to pray. Praying on behalf of sinners before God became one of the most important “functions” of early Christian holy people. Miracle stories about monks told of philanthropic benefits lay people obtained through tearful monastic prayers and petitions: release from diseases, demons, and sins; fertility for women and farmlands; relief from divine wrath, improvement of weather, or comfort in general. One writer observed, “no one receives remedies for their ailments unless from the Lord alone, who is made philanthropic toward all people through the prayers of his saints.”

Monks were also depicted as philanthropic themselves, pardoning lay people who insulted or betrayed them. James of Nisibis (d. 338) reportedly showed God’s philanthropy by making a rock explode near a judge’s tribunal, frightening him into reversing an unjust verdict. A desert monk, Abraham, agreed to pay off all the taxes of people who had maligned him. Others taught philanthropy by persuading landlords to exact rents less severely and barbarians to behave more gently.

Monks also demonstrated philanthropy by indiscriminately providing goods and services to others in need, ranging from bishops to blind beggars. Limnaeus built shelters for the blind so they could sing hymns all day without having to wander around asking for money; Isaac built a hospice for sick monks and strangers who came to visit monks on the edge of the Egyptian desert; another monk put off his reading of Scripture at night until he had nursed all the sick people, both rich and poor, he found sleeping in the church porticoes.

Palestinian monks Barsanuphius (d. 540) and John of Gaza (sixth century), in their Letters, as well as abbot of St. Catherine’s Monastery John Climacus (579–649), in the Ladder of Divine Ascent (c. 600), encouraged readers to trust that God, out of his philanthropy, would forgive them no matter what sins they had committed. As spiritual mentors to the monastery of Seridus near Gaza, Barsanuphius and John of Gaza emphasized that God would listen and provide mercy to all who were humble, remorseful, and asked frequently.

God might philanthropically send afflictions to humble, educate, and improve us, but being philanthropic, he would at the same time “extend a merciful hand” to every sinner until his or her last breath. Climacus wrote at length about a community near Alexandria called the “Repentance Monastery.” One of its practices was to enact dramas of heavenly judgment in the monastery itself. These were staged to remind monks of their sins and need for repentance.

The merciful hand of God

Overall, the ancient Christian understanding of philanthropy provided a rationale for extending generosity, kindness, and mercy to all people. First, while it did not explain in detail how such welfare might be provided, it gave classical authors and Christian preachers alike a justification for showing generosity to others despite strong reservations.

Second, this notion redefined the meaning of personal kindness or generosity. To propose that a generous act must be accompanied by a presumption that its recipients are unworthy may seem unsavory to modern sensibilities, but it also may serve to override whatever reservations or excuses prevent us from acting generously.

Third, recognizing that clemency was an original and essential aspect of ancient philanthropy might contribute to the revitalization of our modern spirit of philanthropy. Today “philanthropy” can seem to be a largely institutionalized, abstract concept, bereft of personal meaning or emotional force. How can any individual be moved by such an impersonal concept as “universal kindness” or “love of humanity”? What gave ancient philanthropy its provocative force was its recognition that this difficulty existed and philanthropy represented a genuine challenge. To be philanthropic was, quite simply, to be something almost super-human: it was to behave much more like an emperor or a god—or, in fact, like God, who will extend a merciful hand to every sinner until his or her last breath. CH

Daniel F. Caner is an associate professor at Indiana University and the author of Wandering, Begging Monks. His book The Rich and the Pure: Philanthropy and the Making of Christian Society in Early Byzantium will be published next year by the University of California Press.