• 1498: Girolamo Savonarola is burned at the stake in Florence.

• 1532: Diet of Regensburg and Peace of Nuremberg guarantee religious toleration.

• 1534: Ignatius Loyola and others pledge themselves to fellowship; Henry VIII declares himself supreme head of the Church of England; Paul III becomes pope.

• 1536: Pope Paul III commissions a report on abuses in the church.

• 1540: Society of Jesus (Jesuits) is formed; conferences at Haguenau and Worms fail to reconcile Protestants and Catholics.

• 1541: At Colloquy of Regensburg, Melanchthon and Bucer reach agreement with Catholics on most doctrines, but Luther and Rome reject their work.

• 1543: Copernicus writes that the earth revolves around the sun.

• 1546–1547: Schmalkaldic War is fought between Protestant and Catholic territories in Germany.

• 1552: Francis Xavier dies; Council of Trent is suspended and will not meet again until 1562.

• 1563: Thirty-Nine Articles drafted by the Church of England; Council of Trent concludes.

• 1566: Teresa publishes The Life of Saint Teresa of Ávila by Herself.

• 1568: John of the Cross establishes Discalced Carmelite order for men.

• 1577: Teresa of Ávila writes Interior Castle; around this time John of the Cross begins “Dark Night of the Soul” and Ascent of Mount Carmel.

• 1580: Edmund Campion arrives in England as a Jesuit missionary.

• 1616: The church forbids Galileo to teach the Copernican theory.

• 1633: Galileo is called before the Roman Inquisition. 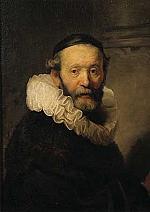 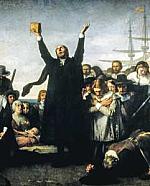 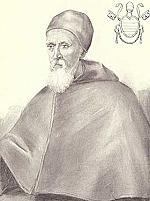