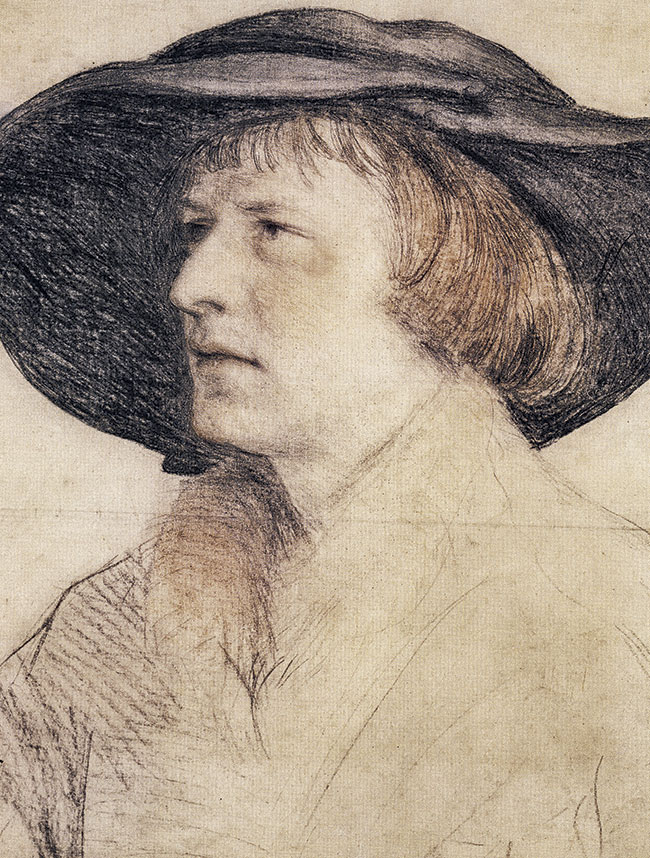 —1457 Lorenzo Valla, one of the most famous Italian humanists, dies.

—1495 Erasmus begins study at the University of Paris.

—1496 Erasmus publishes a book of poetry.

—1499 William Blunt invites Erasmus to England for his first visit. There he becomes friends with Thomas More and John Colet.

—1504 Erasmus publishes an edition of Valla’s Notes on the New Testament.

—1511 Erasmus publishes Praise of Folly. From 1511 to 1515, he serves as Lady Margaret’s professor of divinity at Cambridge.

—1512 Erasmus publishes a handbook of style, De Copia or On the Abundance of Words and Things.

—1514 Erasmus returns to the Low Countries.

—1514 Scholars at the University of Alcalá print the Complutensian Polyglot Bible. Erasmus meets Froben, who becomes a good friend.

—1515 Oecolampadius becomes Erasmus’s assistant in the preparation of his New Testament. Erasmus also befriends other future Reformation leaders including Capito and Pellikan.

—1516 Erasmus publishes Paraclesis and The Education of a Christian Prince and releases his edition of the New Testament. Influenced by Erasmus, Thomas More publishes Utopia. Martin Luther writes to Erasmus about their disagreements for the first time.

—1517 Erasmus becomes a member of the theology faculty at the University of Leuven.

—1518 Erasmus publishes the first edition of his Colloquies.

—1520 Erasmus publishes System and Method of True Theology. A group of young humanists gathers around Ulrich Zwingli in Zurich; many will later break away and begin the Radical Reformation.

—1522 Diego López Zúñiga attacks Erasmus in The Blasphemies and Impieties of Erasmus of Rotterdam.

—1523 Erasmus writes the Catalogue of All the Works of Erasmus of Rotterdam. He breaks off contact with Ulrich Zwingli. Ulrich von Hutten attacks him in Quarrel with Erasmus of Rotterdam, and Erasmus responds with The Sponge of Erasmus against the Aspersions of Hutten. Some Franciscan theologians first accuse him of “laying the egg that Luther hatched.”

—1524 Erasmus publishes Diatribe or Comparison on Free Will. He attacks Zwingli and Oecolampadius regarding their agreement with reformer Andreas Karlstadt.

—1525 Zurich radicals, soon called Anabaptists, baptize each other as adults. Luther responds to the Diatribe by issuing The Bondage of the Will. Around this time Erasmus becomes friends with Bonifacius Amerbach.

—1526 Erasmus publishes The Institution of Christian Matrimony. He also responds to The Bondage of the Will by Martin Luther by issuing A Warrior Shielding a Discussion of Free Will against the Enslaved Will.

—1529 Protestant leaders, including Luther, debate at the Colloquy of Marburg. Erasmus writes Epistle Against the False Evangelicals.

—1530 Erasmus writes A Christian Widow for Mary of Hungary. Lutherans present the Augsburg Confession, a statement of their faith, to the Diet of Augsburg summoned by Emperor Charles V.

—1531 Zwingli is involved in a translation of the Bible based in part on the work of Erasmus.

—1532 Erasmus writes Clarifications to defend himself against censures from the University of Paris.

—1533 Erasmus writes On Restoring the Unity of the Church.

—1534 Erasmus publishes On the Writing of Letters. Luther accuses him of questioning the concept of the Trinity.

—1536 Erasmus dies while on a long-term visit to Basel. He had made Amerbach his heir and executor. 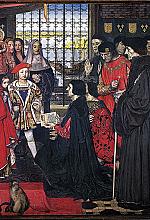