It Happened on AUGUST 27

FROM HINDU TO CHRISTIAN: THE PROGRESS OF GANGA NARAYAN SIL 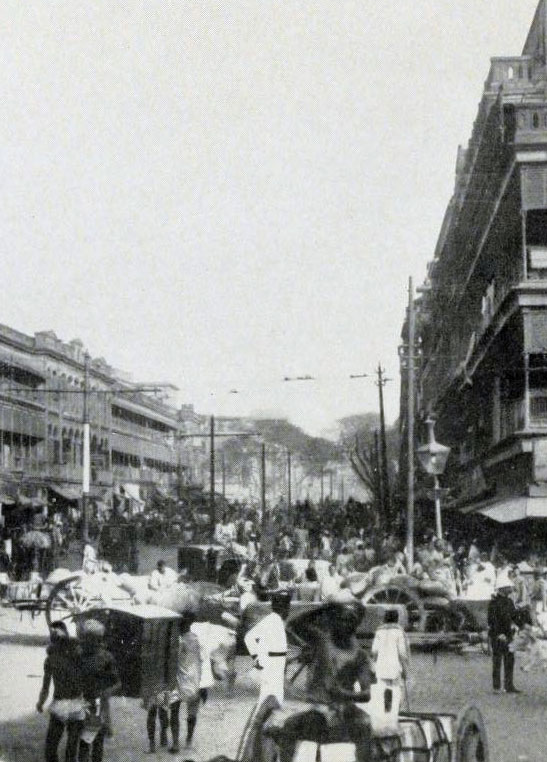 [Calcutta street in the 19th century, from Wikimedia]

GANGA NARAYAN SIL was born a Hindu but died a Christian. His path to conversion was slow and convoluted. But when he finally encountered the living Christ, he became a passionate soul-winner.

Sil’s first contact with Christianity was through the Chitpore mission school at Calcutta. He attended there two years before the school’s religious instruction sank into his mind. Then he recognized his guilt before his Creator and his need of a savior. Examining Hindu teachings, he decided they were insufficient for his need. He also examined Islam and found it unsatisfying. Convinced Christianity was the truth, he attempted to live by its precepts and published an article contrasting it with Hinduism.

This brought reproach upon him from his family and other Indians. About this time he came across infidel writings that cast doubt on the divinity of Christ and other Christian doctrines. He scrapped all faith and plunged into sin. He went further and tried to refute Christianity, but found he could not.

Scripture warnings came to his mind, especially “Whoever remains stiff-necked after many rebukes will suddenly be destroyed—without remedy,” and he found himself uneasily contemplating eternity. At that point he read Philip Doddridge’s Rise and Progress of Religion in the Souland it deeply affected him. Still he resisted conversion. What finally set him back on the road to embracing Christianity was the observation that several great scientists and philosophers, such as Sir Isaac Newton and Francis Bacon, had found Christianity worthy of consideration. He had also read of the deathbed terrors of infidels such as Voltaire and Thomas Paine, and saw that their defiance of biblical truths did not end well.

Returning to study of the Bible, he opened his heart to Christ. On this day, 27 August 1837, Ganga Narayan Sil was baptized at the Baptist mission in Calcutta. Thereafter he was a close student of Scripture and went out several times a week to preach in the Bengali language at local chapels, in parks, and on the streets. Because of his intellect, humility, and patience, many Indians sought him out for advice on their religious questions.

Sil’s ministry lasted not quite seven years after his baptism because he died of cholera after a short illness in August 1843. He was just twenty-seven years old. While he was dying, his mother entreated him to call on his childhood gods but he clung to Christ alone as his righteousness.