It Happened on JULY 12

FREDERICK ESTABLISHED CHURCH RIGHTS WITH THE GOLDEN BULL OF EGER 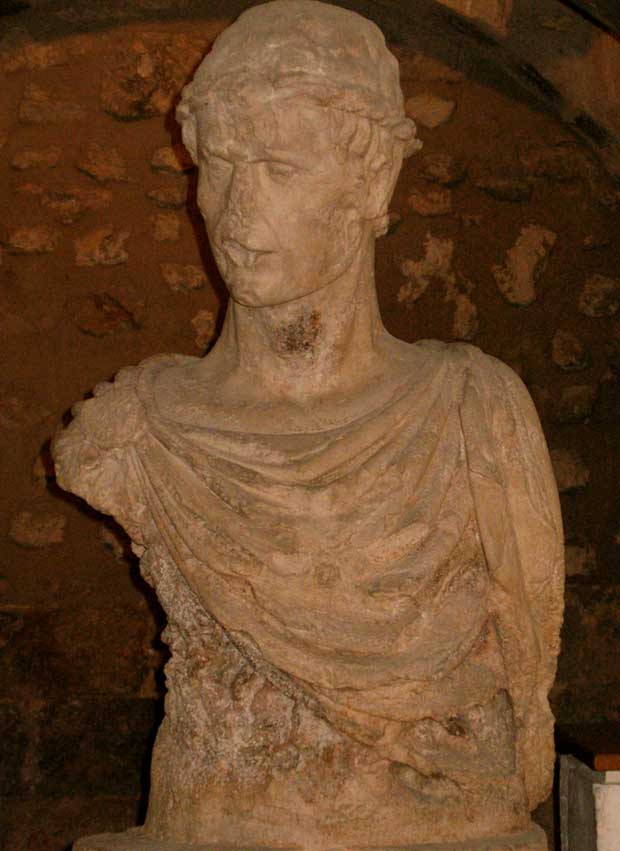 [Bust thought to be of Frederick II at the Castello di Barletta, Italy—Marcok of it / wikipedia]

JUST AS political struggles today often involve religious groups, so did struggles in the Middle Ages. When Holy Roman Emperor Otto III broke promises he had made to Pope Innocent III and prepared to invade Sicily, the pope perceived him as a threat to his own power and lands. In November 1210, he excommunicated Otto, whom he had helped raise to imperial power, and threw his support to Frederick II to supplant Otto as Holy Roman Emperor.

For his part, Frederick found it expedient to win the favor of the church by relinquishing long-standing powers of the emperors—powers that had already eroded under Otto. In issuing the Golden Bull of Eger on this day, 12 July 1213, Frederick pledged obedience to the pope. He agreed not to touch the revenues of vacant sees in Germany or to seize the property of deceased bishops. German bishops got the right to appeal directly to the pope on ecclesiastical issues without imperial interference. The church also was allowed to elect its own bishops and abbots without the emperor's participation. Frederick promised to support suppression of heresy and conceded the pope’s authority over the papal states in central Italy, which Otto had threatened.

During the Middle Ages, decrees of importance like this one received a seal (bulla). Eventually the document itself became known as a bull. To make such a document more impressive, those of the highest importance were sealed with a golden seal (bulla aurea). Because Frederick issued his bull under a golden seal at Eger, Germany, it is known as the Golden Bull of Eger.

As a consequence of his concessions to the church, Frederick increased his hold on the kingship of Germany and his likelihood of becoming Holy Roman Emperor. The Fourth Lateran Council of 1215, attended by about 1,300 bishops, abbots, and priors, confirmed Frederick’s kingship. Later Frederick gave economic and property concessions both to the clergy and to the German princes to secure the German throne for his son Henry.

Frederick’s partnership with the church was rocky, though. Pope Honorius III (who crowned him Holy Roman Emperor in 1220), and Honorius’s successor Gregory IX, both insisted Frederick lead a crusade against the Muslims holding Jerusalem. At first Frederick could not go because he faced threats at home. Later he started for the Middle East, but soon returned because of illness. Gregory promptly excommunicated him. Fredrick eventually undertook the crusade in 1228, acquiring by negotiation what others had failed to acquire by force of arms. The Muslim caliph granted Frederick control of Jerusalem and a few other holy sites.