It Happened on JUNE 14 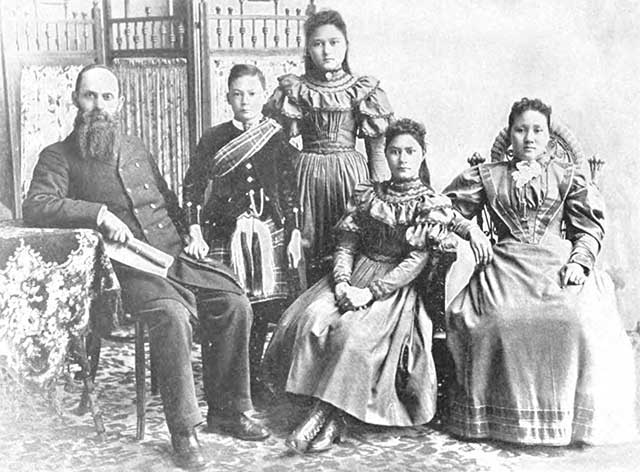 GEORGE LESLIE MACKAY gave his heart to Christ when he was ten. In his college years he enthusiastically embraced the idea of becoming a missionary and asked the Presbyterian Church of Canada to send him to a foreign land. They had no missionary program at the time and considered him too young, but said they would consider it.

He sailed to Scotland to meet pioneer missionary Alexander Duff who had worked in India. Duff encouraged him in his desire as did other leaders of the Scots churches. Mackay was about to apply with one of the British mission agencies when he received favorable word from home. He sailed for Canada at once to be on hand for a Presbyterian conference. On this day, 14 June 1871, the mission committee presented its report, urging the assembly “to favor mission work among the heathen.”

A man has offered, and the church seems prepared to meet the liability [cost]. Mr. MacKay, a student of the church, having passed the winter under Dr. Duff, is now in this city, ready to undertake the work which the church may appoint.

The assembly voted in favor and recommended he go to China. The Presbytery of Toronto was to ordain him and send him forth. In that way Mackay became the first foreign missionary of the Canadian Presbyterian Church. Sent to itinerate to raise support, he found church folk largely apathetic and cold. Many muttered that he was overly enthusiastic. It was a testimony to his life and ministry that those attitudes among church-goers changed and the church eventually sent many more missionaries, especially from his home region at Zorra.

In October 1871, he said farewell to his family. Among his belongings, as he headed west, was a parting-gift of a Bible. In Omaha its inscription persuaded a ticket agent to give him a special rate on the rails.

On his way toward the China mainland, he had to pass through Formosa (now Taiwan). He became convinced Formosa was where God wanted him to work. After about three weeks there with two other missionaries, one of whom taught him the eight tones of Formosan Chinese, he struck out on his own with a tiny Chinese vocabulary, determined to learn more and function fully on his own:

And as I shunned all Europeans and English-speaking Chinese, and spoke to every other man who would listen to me, within five months I had so far mastered the language that I was able to preach my first sermon.

In April 1872, alone in a wretched rental house, he wrote in his diary:

Oh, the glorious privilege to lay the foundation of Christ’s church in unbroken heathenism! God help me to do this with the open Bible! Again I swear allegiance to thee, O King Jesus, my Captain. So help me, God!

The Formosans called him “the blackbearded barbarian.” The “barbarian” prayed that his first convert would be an intelligent, active young man, and God granted the prayer. A-hoa converted just a few months after Mackay’s ministry began. Twenty-five years later, A-hoa was leader of sixty churches.

Mackay’s work prospered because he insisted that every convert share the gospel. Indeed, he insisted the Formosan Christians run their own churches. Wherever he went, he took twenty or so men whom he trained from the Bible and from nature. Hymn-singing was a principle means of sharing the gospel. He had training in both medicine and dentistry, and practicing these disciplines also gave him opportunities to win souls.

After Mackay had gathered a small nucleus of converts, they agreed to attempt work in Bang-kah. This city was especially hostile to the gospel. Jeers, rotten eggs, stones, and riots greeted his work. The military confiscated the first building he rented. A mob leveled the second building. Yet, eighteen years later, when he was returning to Canada for furlough, the city’s attitude had changed so much that its leaders insisted on honoring him by carrying him several miles in a sedan chair with musical accompaniment and fireworks.

Mackay married a Chinese slave-woman, Tiu Chhang Mia, believing she could share the gospel where no western woman could and she would have sturdier health in the mosquito-breeding climate that resulted in much malaria. Because of this cross-cultural union he received some criticism, but the marriage was happy and resulted in three children. In 2008, the Taiwanese government sponsored a large-scale opera about Mackay: The Black Bearded Bible Man and his wife Tiu Chhang Mia and his first disciple, Giâm Chheng-hoâ.

Mackay established a hospital, girl’s school, college, and many churches. When the French attacked Formosa in 1884, the islanders retaliated by killing Christians, many with torture, and tearing down their churches, but most Christians remained true to Christ. Under Japanese occupation and persecution in the 1930s and 1940s, few Christians renounced their faith. Seven hundred died as martyrs. Mackay himself had died in 1901, lamented by thousands who had come to Christ through his efforts. Many Chinese in Taiwan added part of his name in their family names.