It Happened on APRIL 26

The Pope Plotted to Assassinate the Medici 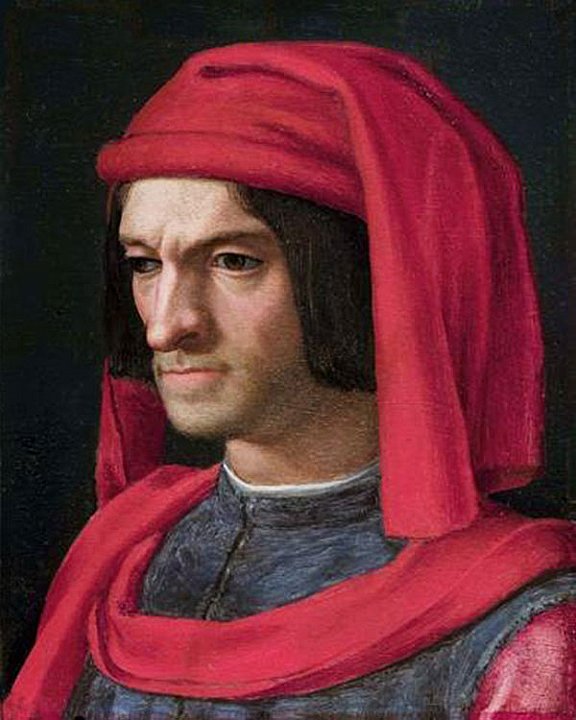 Lorenzo escaped with a knife wound.

IN 1478, the city of Florence witnessed a most terrible crime committed on cue at the most sacred moment of the Mass. At a cathedral filled with 10,000 worshippers, Giuliano Medici was murdered during the elevation of the host, causing one of the greatest political upheavals the city had ever seen.

The assassination was over money and power. Pope Sixtus IV hated the Medici family, whose policies thwarted the extension of his power. He granted special concessions to his relations, the Pazzi family. With the pope’s connivance, they plotted to kill the Medici brothers Lorenzo and Giuliano, along with the nine members of the Signoria (the ruling council of the city). Among the conspirators was the Archbishop of Pisa and, when regular soldiers balked at murdering the Medici in the sacred building, priests were designated to accomplish the sacrilegious deed.

At the raising of the host, on 26 April 1478*, Bernardo Bandini and Francesco dei Pazzi killed Giuliano, stabbing him eighteen times. Antonio Maffei struck at Lorenzo, but hesitated just long enough that Lorenzo escaped alive although wounded. Lorenzo, his loyal supporter Antonio Ridolfi, and the humanist Poliziano took refuge in a side room of the church. Poliziano barred the door while Ridolfi sucked Lorenzo’s wound, fearing the dagger had been poisoned. Meanwhile, the Archbishop of Pisa assaulted the Palazzo Vecchio (the town hall), but its defenders repelled him.

The conspirators tried to rouse the city behind them, but the outraged people threw their support to the Medici. In their revenge, they hung Archbishop Salviati of Pisa. They dragged some captives through the streets and stabbed others. Bandini escaped and fled to Constantinople, but the Florentines asked Mohamet II to extradite him, which the Muslim ruler did. Bandini died in Florence, dangling at the end of a rope.

After the failure of the plot, Pope Sixtus interdicted the city for killing the murderous archbishop and raised an army to crush Lorenzo. The war lasted two years and almost ruined Florence. However, Florence ultimately held its own with Lorenzo as its sole master.

*Many sources state this was Easter Sunday, but Easter fell on March 22nd that year under the Julian calendar that was still in use.