It Happened on MARCH 6

JANSEN DIDN’T CLEAR HIS BOOK ABOUT GRACE WITH THE POPE 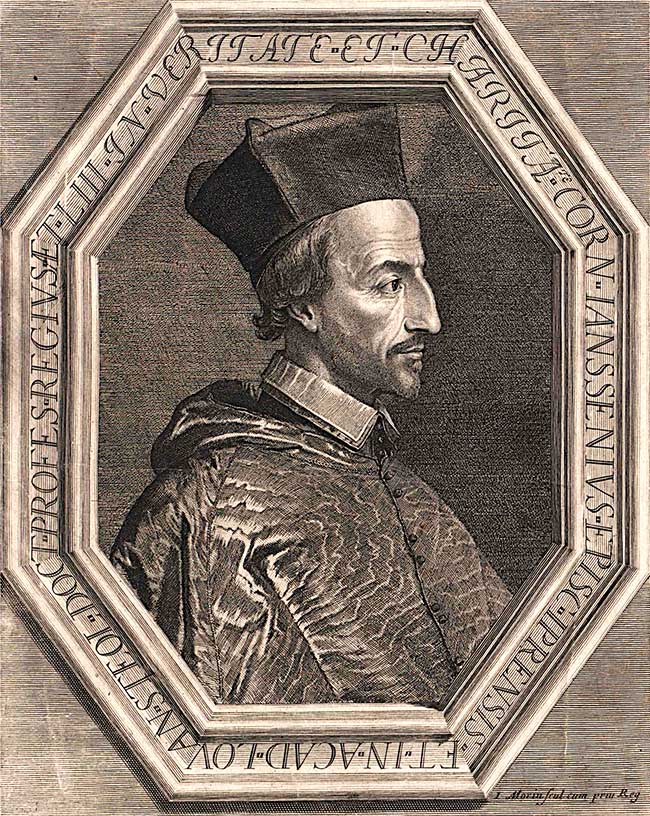 On this day, 6 March 1642, Pope Urban VIII issued In eminenti, a bull (papal decree) forbidding the reading of the book Augustinus. Although the Roman Inquisition had already rebuked the work, Urban’s bull did not condemn Augustinus for specific errors but rather on the ground that the Holy See had forbidden publication of works concerning grace unless prior permission was obtained. Augustinus dealt with free will, grace, and justification—controversial topics because of the Protestant Reformation. Forty-five years earlier, a pope had condemned similar doctrines associated with Michel Baius. Both theologies developed ideas found in writings of Augustine of Hippo. Between 1642 and 1661, popes would condemn specific propositions from Augustinus and demand that adherents renounce its theology.

Augustinuswas the work of Cornelius Jansen, bishop of Ypres. While at the University of Louvain, Jansen had sided with followers of Baius. He sought to reform the Catholic Church to which he belonged by inspiring personal fervor in combination with sound doctrine. He charged his chief rivals, the Jesuits, with dry scholasticism and cheap grace. His great heroes were the Apostle Paul and Augustine of Hippo. For many years he studied both, as well as other church fathers, and developed his theology. When he died suddenly in 1638, his life’s work had not yet been published. Friends brought it off the press two years later.

Theologians in France, Belgium, and the Netherlands snapped up Augustinus. So great was the demand, a second printing had to be made within months. Ten professors from the Sorbonne (the University of Paris’ theological college) endorsed the work. However, other scholars found fault with it and complained to Rome. Because Jansen’s ideas had many similarities to Calvin’s, and because the ideas differed from the views of the Jesuits, conflict was inevitable. Chief champion of the Jansenist system was Antoine Arnauld who, unfortunately, made enemies perhaps through tactlessness.

Despite the early condemnations and continuing controversies, Jansenism inspired reforms. Its adherents called for more careful preparation for communion and more stringent penances for sin. Arnauld’s sister Angelique, abbess of Port-Royal, exerted a wide influence by embracing the system. One of the nuns in her care was Jacqueline, sister of Blaise Pascal, a French polymath. Pascal admired the puritanical tone of the Jansenists and took their side in his famous Provincial Letters, in colloquial French, poking at the Jesuits while defending Jansenist ideas.

By the time Pascal took up his pen, Rome had already condemned five propositions derived from Jansen’s work. Among the articles condemned were Jansen’s denials of free will and that Christ died for all mankind, opening the possibility of salvation to all. King Louis XIV opposed the reform movement and urged successive popes to crush it, which they obligingly tried to do. Jansenism, however, had spread too widely to be completely stamped out. Some of its adherents fled to the Netherlands where they were welcomed. Antoine Arnauld also went into exile.

For seventy years the war between theologies raged. Those Jansenists who remained in France used various arguments to evade obedience to papal decrees. For instance, they claimed that Jansen never taught what he was accused of teaching, or did not mean what he wrote in the sense in which it was taken. Since many of his arguments merely restated Augustine, considered the greatest doctor of the Roman Church, condemnation of Augustinus struck many observers as inconsistent, and a condemnation also of Augustine’s theology.