It Happened on FEBRUARY 4 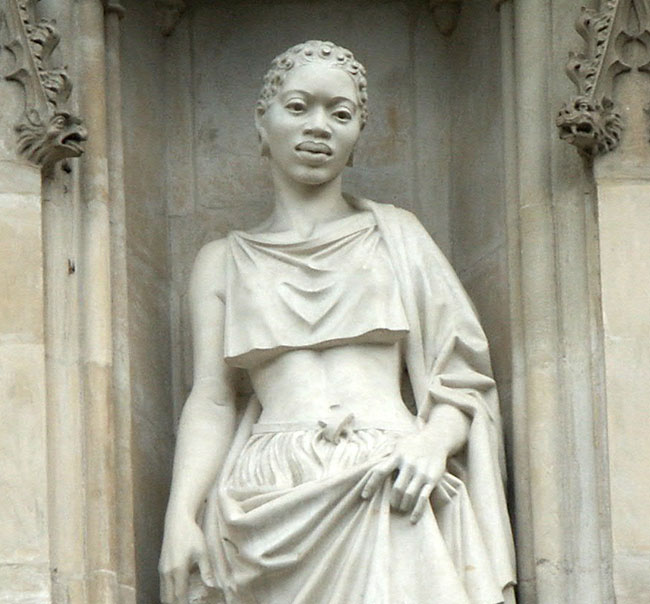 Above the Great West Door of Westminster Abbey stand ten statues that depict twentieth-century martyrs from around the world. One of those representations is of an African girl, Manchi Masemola. (Her first name is often spelled Manche, but the family prefers Manchi.)

Masemola was born into the Pedi tribe of South Africa around 1913. Christian missionaries had brought the gospel to the region in the eighteenth and nineteenth centuries. A minority of the Pedi accepted the new faith but it was distrusted by the majority who held the ancient tribal religion and considered Christianity treasonous because of its association with the colonialists.

In 1919, Augustine Moeka, an Anglican priest, established a mission at Marishane in behalf of the Anglican Community of the Resurrection. Masemola began attending baptismal classes with her orphaned cousin Lucia. Fearful that she would not be marriageable and thus not bring them a dowry, her parents demanded she quit the classes. Each time she defied them, they beat her. In part their severity may have been because class attendance took her away from field work for a few hours. The beatings became so severe she predicted she would be killed—and “baptized in her own blood.” To keep Masemola from attending classes, her mother took her clothes. When this did not prevent her following Christ, her parents brought her to a spiritist who prepared a concoction they compelled her to drink. Masemola, however, would not be dissuaded from her faith.

The end was not far off. As the story has long been told, on or around this day, 4 February 1928, Masemola’s parents killed her and buried her beside a granite rock. Lucia confirmed this account. However, Masemola’s mother, who became a Christian in 1969, denied the charge of murder; and Masemola’s father planted euphorbia trees in remembrance of Masemola and a younger sister who died about the same time.

But beyond dispute, Masemola suffered severely for Christ. She was probably fifteen when she died. Her ordeal was not without fruit. In 1935, people began to visit her grave. Over subsequent years a movement grew to honor her memory. Today pilgrims visit her grave annually on the first weekend of August. They hear a sermon that encourages them to walk in faith like Masemola.