It Happened on FEBRUARY 17

James Renwick Was the Last of Many Scots Martyrs 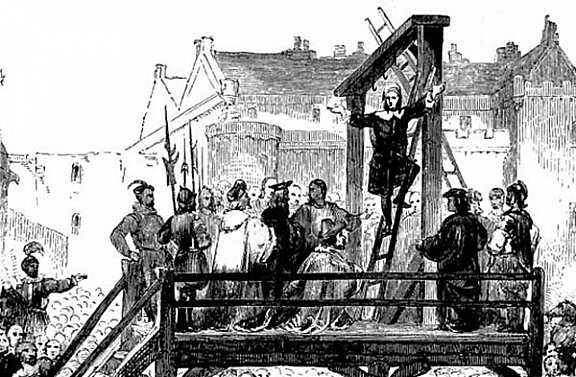 AN ESTIMATED eighteen thousand Scots Covenanters died for their faith between 1660, when the Restoration made Charles II monarch of England, and 1688, when the “Glorious Revolution” brought William III and Mary to the throne. Covenanters believed that Jesus, not any earthly king, was head of the church. For this they were hounded by dragoons (soldiers), captured, imprisoned, tortured, and hung. The last of those martyrs was James Renwick.

Born in 1662, he was the son of poor weavers. His father wanted him to learn a trade, but friends, knowing that his real desire was to become a minister, helped him get the necessary schooling. He tutored as a means of paying his way. After witnessing the execution of Donald Cargill, a Covenanter, Renwick threw in his lot with this persecuted people. His friends sent him to Holland to complete his studies. There he was ordained in 1684 and returned to Scotland to minister to Covenanters, preaching in the fields.

Pursued often by dragoons, Renwick had many narrow escapes. Once he threw himself into a hollow to avoid his captors, trusting the Lord, on the basis of a verse that came strongly to his mind, that the eyes of the dragoons would look over him. They did and he lived to tell the tale. On occasion, he had three and four narrow escapes of this sort in a single day.

Renwick was a gentle individual who did not have the strongest health. His sufferings and exposure to wet and cold often made him so ill he had no strength to preach. Through this his attitude was:

Though the world think my case most miserable, yet, I think it is so happy that I know not a man this day upon the face of the earth with whom I would exchange my lot. O, it is more sweet and pleasant to be swimming in the swelling of Jordan for Christ, than to be wallowing in the pleasures of sin and delights of the flesh; yea, though Christians had not a heaven hereafter, I cannot but judge their case, even here, happy beyond all others....

Whatever the state of his body, his mind was steadfast. “His spirit was on fire while his body was emaciated,” wrote a later writer, J. C. McFeeters.

When he was finally captured, he refused to swear allegiance to King James II, a Catholic, pointing out that to do so was a violation of the laws of Scotland which said no one could be king who would not swear to defend the Protestant religion. Consequently Renwick was condemned to hang. His mother and sister visited him in jail and wept. He answered them, “This death is to me, as if I were to lie down on a bed of roses.”

Renwick was hanged on this day, 17 February 1688, and his hands and head were cut off and displayed on the Edinburgh gates. Shortly afterward, King James II was driven from his throne and his Protestant daughter Mary and her husband William (James’ nephew as well as son-in-law) were invited to rule in his place.