It Happened on NOVEMBER 9 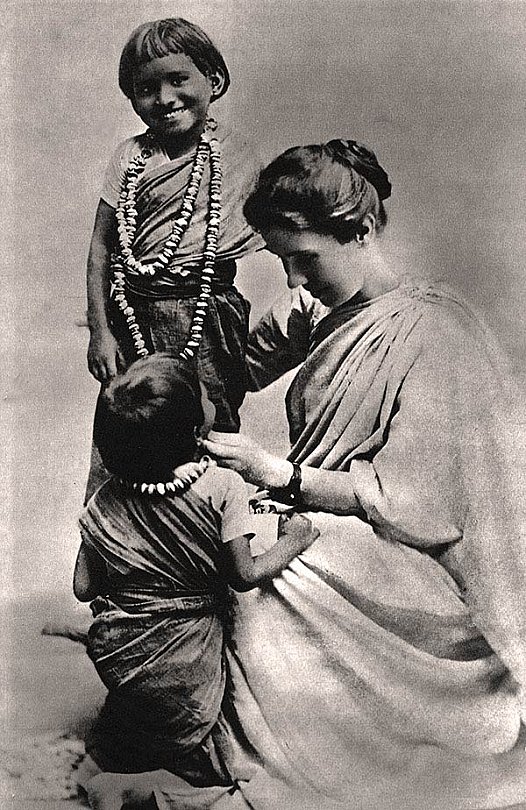 AMY CARMICHAEL was sick when she landed in India on this day, 9 November 1895. Friends had urged her to stay in England because of her neuralgia, a nerve disease that made her feeble and achy for weeks at a time. Had she listened to them, she would probably be unknown today. Instead, Carmichael rescued children from temple prostitution in India and wrote renowned books on her work.

When she was a child, her mother told her that if she prayed, the Lord would answer. One night Carmichael prayed for blue eyes instead of brown. In the morning she jumped out of bed and ran to the mirror where she wailed in disappointment to see her eyes still brown. Her mother had to explain that “no” is an answer, too. God meant her to have brown eyes for a reason, she said.

Although the teenaged Carmichael thought she was a Christian, she discovered she needed a personal commitment to Christ. Once she made it, service to Him became the passion of her life. She started classes and prayer groups for Belfast ragamuffins. She worked with the “shawlies,” or factory girls so poor that they could not afford hats to wear to church but wore shawls instead. Respectable people shunned them. Carmichael soon had to find space in her classes and prayer groups for three hundred.

After her father, Mr. Carmichael died, his wife and children moved to England. An uncle asked Carmichael to teach his mill workers about Jesus. Living near the mill in a bug-infested apartment, she threw herself into the effort. However, she was constantly sick and realized she must quit. She became a missionary to Japan, but the cold troubled her so much that she had to return to England.

Although it was hard for her, Carmichael left her aging mother once again and obeyed God’s call to go to India. There she discovered that little children were being rented as prostitutes in Hindu temples and wrote a book, Things as they Are, telling as much as was then printable about the destructive practices. She started a rescue work for these children. Dressed in a sari, her skin stained brown, she could pass as a Hindu. Now she understood why God had given her brown eyes!

Strictly speaking, Carmichael’s work was illegal. When she rescued a five-year-old named Kohila, the child’s guardians demanded her back. Indian prosecutors charged Carmichael with kidnapping and she faced seven years in prison. However, perhaps fearing world opinion, India dropped the charges. “It is by what he conquers that Christ’s power is to be discovered,” she had written.