It Happened on NOVEMBER 26

JOSEPH HENRY THAYER POINTED TO CHRIST IN SCHOLARSHIP AND IN PRACTICE 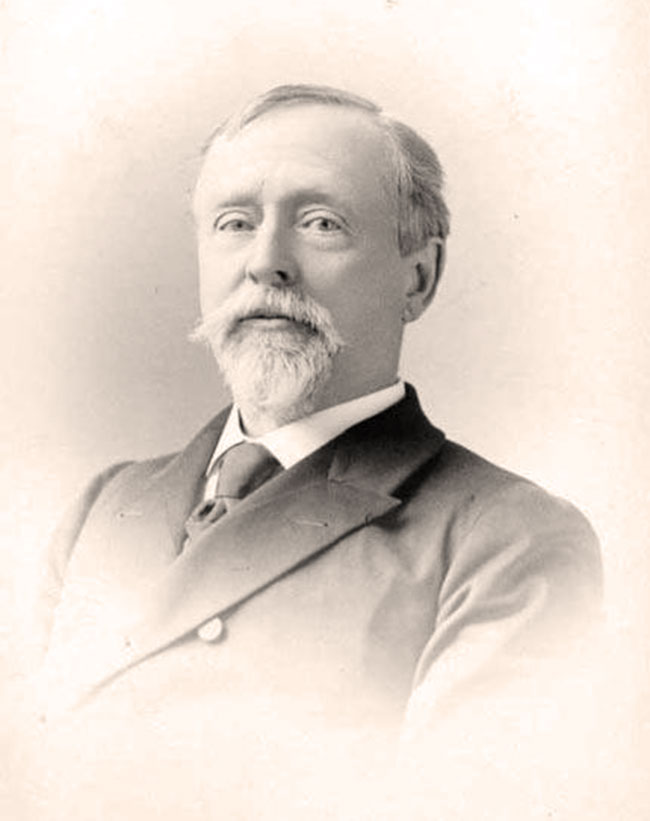 As a young Bostonian, Joseph Henry Thayer usually attended a Unitarian Church with his father, but in 1853, when he was twenty-five years of age, he joined the Congregationalist Old South Church. The Unitarians denied the divinity of Christ. The Congregationalists (his beloved mother was one) embraced it.

Thayer went on to study at Harvard University and Andover Theological Seminary. Andover had been founded half a century earlier by Congregationalists upset that Harvard College had appointed a Unitarian to the Hollis Professorship of Divinity in 1805. The Congregationalists wanted a school that would teach orthodox Calvinist doctrine. Thayer graduated from seminary in 1857 and became a pastor first in Quincy and then at Salem.

While he was pastoring in Salem, the Civil War broke out. Thayer took leave to serve as a chaplain in the Union Army. In that role he did not merely preach and counsel, but nursed sick and wounded soldiers. His charity took practical forms:

A friend who called upon him one cold evening in his tent found that he was without a fire, and upon inquiry learned that Mr. Thayer had taken his stove to the tent of a sick soldier to make him more comfortable.

For twenty years he labored at preparing a Greek-English lexicon based on earlier German work. His lexicon expanded citations to nonbiblical literature in the Greek language, took note of variants in texts, and added many other useful features, such as comparisons of major English translations, references to illuminating commentaries, and more. It was published to acclaim in 1887.

He was known for insisting on accuracy and on truth. In his view, if the true meaning of a word did not support a theological system, the theological system needed amendment. Because he was also known for his personal devotion, heart-felt prayers, absolute commitment to Christian truth, and insistence on exact work, he shocked orthodox New England when he declared that the Bible has errors.

His lecture “The Change of Attitude Towards the Bible” was given in 1891 as he was entering the last decade of his life. Some of his arguments are not compelling. For instance, what difference does it make that Moses’ writings show signs of edits after his death? If God can inspire Moses, he can inspire the priests who collected and arranged his writings. Other arguments have more force, as that the Septuagint, quoted so often in the New Testament, renders the Hebrew badly and even completely misses its meaning at times. Despite Thayer’s critique of the Bible’s alleged errors, he remained wholly committed to Christ:

The blessing and promise of the new view of Scripture lies in the circumstance that it remands externalities, whether books or systems, to their proper secondary place, and brings to the front the central and all-conquering truth of Christianity, viz., personal loyalty to a personal Master—the crucified, risen, reigning Christ. That age, that church, that man, cannot go far astray, who strives after a life hidden with Christ in God.

His last years were spent as a professor at Harvard. While on a visit to Europe, he became ill and immediately returned to the United States. Six weeks later, on this day, 26 November 1901, Joseph Henry Thayer died. His lexicon was the standard in its field for many years and is frequently cited even to this day.