It Happened on OCTOBER 29 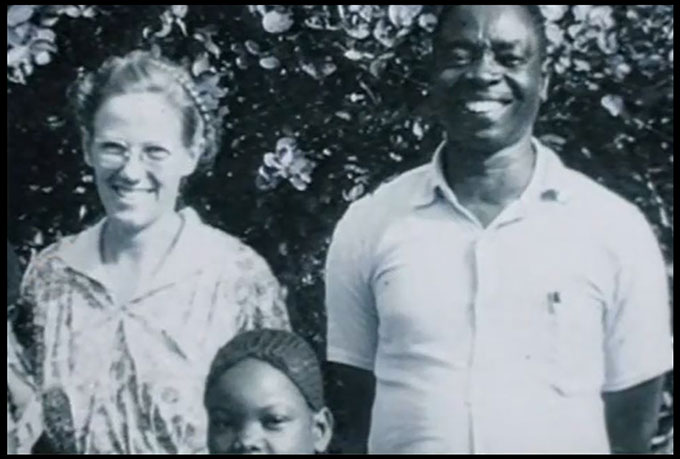 [Helen Roseveare in her early work in Africa—https://biteproject.com/helen-roseveare/]

As a child, Helen Roseveare heard missionary stories from an aunt and uncles and dreamed of becoming a missionary herself. While studying at Cambridge, she comprehended the gospel. She desired to know Christ better and made a bold commitment, asking the Lord to make her more like Jesus and not to stop, no matter how she begged off. She joined the World Evangelical Crusade.

Assigned to the Congo as a missionary doctor, she developed a vision to train local women as nurses to meet basic needs in their villages. However, other missionaries resisted the idea. Despite this conflict, she established a training hospital at Ibambi and several of her trainees passed government exams. She went to African Christians for friendship and spiritual counsel, practices which other missionaries considered humiliating and which distanced her from them. Over her protests, the mission reassigned her to an abandoned leprosy camp at Nebobongo. Within two years she had overcome enormous obstacles to establish another training hospital.

Then, apparently in an effort to subdue her pride, the mission placed a male colleague over her. John Harris took complete charge of the work she had built. Resentment and bitterness welled in her. Sparks flew between them. During a furlough, she quit the mission. Regretting the move, she asked to be reestablished and was. Because Harris went on furlough, Roseveare was the missionary in charge when Simba rebels came in 1964. Arriving in August, they held the compound for five months. Roseveare and African staffers lived in terror of rape, beatings, and forced trials. As an example of the horrors they faced, a local chief, found “guilty” by a “people’s court” was flayed alive and eaten.

On this night, 29 October 1964, the rebels banged on Roseveare’s door, demanding entrance or they would smash it down. Then followed one of the most terrible experiences of her life. They robbed her of everything worthwhile. Then the head lieutenant, with a pistol at his belt, ordered her to undress. She managed to dart outside and throw herself under some bushes in the darkness, where she prayed to be hidden. She could hear the rebels’ coarse laughter. They assumed she was hiding something from them.

In ten minutes they found me, dragged me to my feet, and struck me across the face, searching around me for what I was hiding—they just did not appear to understand that I was only hiding myself from them! ....

Hugh tried to stand between us, and demanded they leave me alone. They struck him down, and beat him brutally.... The Liotina took me in at the point of his pistol, forced me into my bedroom, ordered me first to dress and gratefully I grabbed any garment I saw. Then he roughly pushed me on to the bed—and oh, dear, dear God, a terrible half hour of mental and physical agony—but I cried unto Jesus in pain and fear and shame and misery—and claimed the precious blood.

Then he let me go and ordered me to dress....he even dared to demand I choose my best dress and a clean jersey, as I was now his wife, and he was taking me to Paulis and wanted to show me off! Then he hustled me out and I was bundled into the cab.... I tried to sing choruses as we went, in Swahili, to quieten my own terrified heart and that they might hear the Name of Jesus and the devil in them should fear and tremble.

The experience helped her succor other rape victims. On the last day of 1964, government-friendly forces rescued Roseveare. After a rest, she returned to the Congo for seven more years. Those years brought new trials as nationalism, incompetence, and disrespect for Whites cankered all her efforts.

After leaving the mission field, she often spoke at Christian gatherings, urging her listeners to let God use them as ambassadors to the lost world. Her writings have encouraged other Christians because they documented her experiences and feelings, showing that God used her although she was a broken and sinful person.