It Happened on JANUARY 7

LUCIAN OF ANTIOCH RAN TO EXTREMES OF FAITH AND ERROR 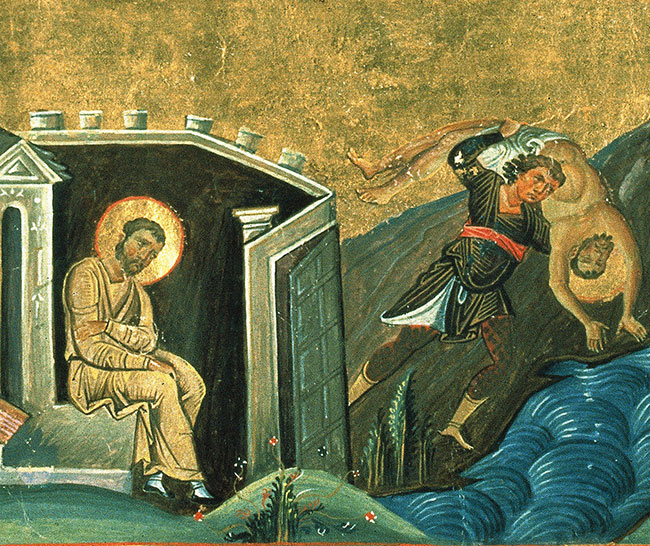 Hero or heretic? Saint or apostate? Lucian of Antioch ran to extremes of faith and error.

Although well-known in his day, and mentioned by many of the leaders who lived in his century and by early historians of the church, little is known with certainty about Lucian’s personal life. We do not even know where he was born. Suidas, an unreliable historian, identified Samosta as his birthplace, but scholars think that is a mix-up with a famous heathen satirist of the same name. Lucian first enters recorded history as a presbyter and teacher in Syrian Antioch.

The allegorical method of explaining the Bible was common in Lucian’s day, especially in Alexandria. This school of theology found metaphorical meaning in almost every statement of the Bible. An instance of allegory in the Bible itself is Paul’s use of the story of Isaac and Ishmael to represent grace and law. In contrast to Alexandrians, Lucian insisted on taking the Bible at face value, allowing for proper consideration of the form and purpose of each passage. His influence helped create what we now call the historical-realist approach.

Because he believed the Bible should be taken literally, Lucian stressed textual accuracy. He revised the Septuagint (the Greek translation of the Old Testament); his revision was possibly based on the original Hebrew. The famous Bible translator Jerome did not have a high regard for some of Lucian’s corrections, noting they could easily be shown to be errors by comparing previous translations made into regional languages which did not show evidence of Lucian’s alleged original texts.

However, Jerome’s overall assessment was favorable:

Lucian, a most eloquent man, Presbyter of the church of Antioch, was so laborious in the study of the Scriptures, that to this day some copies of the Scriptures are called Lucian’s. There are extant some Discourses of his concerning the Faith, and some short Epistles to several [correspondents]. He suffered at Nicomedia for confessing the name of Christ, in the reign of Maximin, and was buried at Helenopolis in Bithynia.

Arrested around 303, under the Diocletian persecutions, Lucian was held in prison nine years. At his trial, he presented an excellent apology for the Christian faith. Being remanded to prison, instructions were given that no food should be allowed him. When he was almost dead with hunger, food offered to idols was set before him, but he would not touch it.

Racked, questioned, and tormented, he would only assert, “I am a Christian.” He was executed during the reign of Maximinus on this day 7 January 312, but just how he was executed is not clear. Chrysostom gave a speech in Lucian’s honor seventy-five years after the martyr’s death but seemed confused whether Lucian was drowned or beheaded! This is typical of the uncertainty surrounding Lucian.

According to early writers, Lucian was cast out of fellowship with the Roman church during three papacies. Eventually he was reconciled. However, Arius, who taught that Jesus was the first created being, had Lucian as his teacher, and Arians claimed his authority for their heresies. An orthodox statement, said to be by Lucian, was introduced at the Council of Nicea, but many scholars think the Arians were using his name to promote it, as it was worded to allow them some wiggle room.

Despite this, all contemporaries esteemed Lucian because he died a martyr for Christ. Eusebius wrote,

Among the presidents of the churches in great cities, who suffered at that time . . . . [was] Lucian, Presbyter of the church of Antioch, an excellent man in all respects, celebrated for his piety and his knowledge of the Scriptures. He was carried from Antioch to Nicomedia, where the Emperor then was. And having made an apology [defense] before the Governor for the doctrine he professed, he was sent to prison, and there put to death.

Another church historian, Rufinus, included in his account the apology Lucian is supposed to have made, but most scholars think it is spurious.

Lucian’s errors are easily forgiven because of his martyrdom and because they occurred before the church hammered out its teaching on Christ in the great councils of Nicea and Chalcedon. Both Catholics and Orthodox have declared Lucian a saint.