“I think that ill fortune is of greater advantage to men than good fortune.” Boethius (<em>ca.</em> 470–524), in The Consolation of Philosophy. 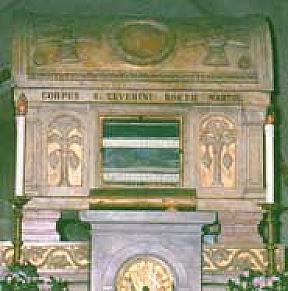 Ill fortune is of Greater Advantage

Boethius is in prison. His fall from power has been a deep plunge. A Christian statesman in a troubled era, he used to guide kings and defend the Roman people. A scholar, he wrote defenses of Christianity and of the doctrine of the Trinity. A philosopher, he translated Greek works into Latin because few of his contemporaries could read Greek. He has also written works on mathematics and music, yet this great man with a noble heart sits in a filthy cell, behind bars, on death row. As he sees it, fortune has turned against him. Because he defended his father-in-law, a senator who fell afoul of King Theodoric, Boethius is under suspicion. Disreputable men, whose corrupt schemes he had earlier exposed, have gained King Theodoric’s ear and, filled with spite, have poisoned the king’s mind regarding the scholarly statesman. Theodoric has arrested him.

Overwhelmed by his changed circumstances, Boethius’s mind sinks into darkness and stupor. He complains and writes words of lament, but then something happens. His tone changes. He begins to reason about what has happened to him. He presents this change in his attitude under a metaphor. Lady Philosophy, he tells us, approaches him and orders him to buck up. When he pities himself because of his desperate plight, she rebukes his attitude and demands he view his misfortune in a fresh light. Roused by her appearance, he pens a short masterpiece, The Consolation of Philosophy.

It will become one of the most popular and influential books of medieval times, a bestseller for centuries. Alfred the Great will translate it into Anglo-Saxon and Notker Teutonicus into German. No doubt the harsh conditions of the Middle Ages will have much to do with the Consolation’s popularity, for life piles suffering upon suffering for the people of Europe. Millions of Europeans during the Dark Ages will be subject to the same ups and downs as Boethius and will find themselves in sympathy with him and with his ruminations about the uncertainty of anything a person might depend on for security.

The theme of his book can be summed up with a single sentence from Book II, Meter VIII: “I think that ill fortune is of greater advantage to men than good fortune.”

Boethius acknowledges that this is a surprising statement but places arguments in Lady Philosophy’s mouth to defend it. Good fortune lures men away from goodness. With pleasures all around them, it becomes easy to neglect righteousness. On the other hand, suffering brings men up short, forces them to face who they are, and builds character. It frees some from delightful but worthless baubles to which their minds have become attached.

Boethius will write about many other things in his slender volume, including a thoughtful discussion of God’s foreknowledge and man’s free will. The Consolation will be his last and greatest gift to posterity, because Theodoric without granting Boethius so much as a hearing, will order his skull crushed, silencing the most powerful intellect of the age.