“In him are two natural wills and two natural operations.” Sixth Ecumenical Council (681), in its Definition of Faith. 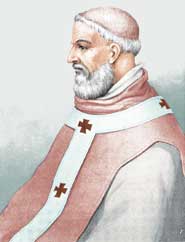 In him are two natural wills

Just who, or what, is Jesus?

Since the beginning of Christianity, the church has wrestled against false teachings about its Lord—teachings which the apostles had been at pains to refute in their letters to the churches. For example, Paul made many statements about Christ, including a lengthy passage in Colossians 1, John insisted in First John that Christ came in the flesh, and several chapters in the book of Hebrews demonstrated Christ’s supremacy as God’s son over angels.

By 680, five councils of the entire church, known as ecumenical councils, have already met, and four of those have found it necessary to address issues relating to Christ and his nature. These have affirmed that he is both truly God and truly man, divine and human. They have rejected writings which would tend to undercut any of these teachings.

In spite of these affirmations and clarifications, new heresies arise. The latest is an error known as Monotheletism, which teaches that Christ has only one will—the divine. This teaching has led to dissention in the church and caused Emperor Constantine Pogonatus enough concern that he has summoned bishops and patriarchs (or their representatives) to Constantinople to sort out the issues in yet another council. Posterity will know it as the Sixth Ecumenical Council. The problem that this council must address is this: if Christ is to be our representative, he must be truly human and have a truly human will. Yet, it is also apparent he is truly God and partakes of God’s will. The crucial question is, can two wills coexist in one being?

Old Pope Agatho has sent a long letter in which he claims Roman authority, states the orthodox position, gives scriptural examples, and casts his weight behind the position the council will eventually adopt.

From November 680 to September 681, over eighteen sessions, the council grapples with the philosophical and spiritual issues involved. It is important to get the wording right and issue statements called “canons,” expressing its decisions. On 17 September 681, the 447 churchmen in attendance sign a statement of faith that is both lengthy and technical. It invokes and affirms the five previous ecumenical councils and issues its own canons. Christ, the God-Man, has two wills which work in concert, one for his human nature, and one for his divine. “Defining all this we likewise declare that in him are two natural wills and two natural operations [behaving] indivisibly, inconvertibly, inseparably, inconfusedly, according to the teaching of the holy Fathers.”

With the release of this statement, the last of the great ecumenical declarations about Christ has been made. The church’s outline of the doctrine of Christ is settled. The long war for a comprehensive teaching on Christ ends for the time being. A few Christian groups will persist in errors, but the church as a whole will embrace the orthodox definition. In the west, Pope Agatho having died, Pope Leo II confirmed the definition.