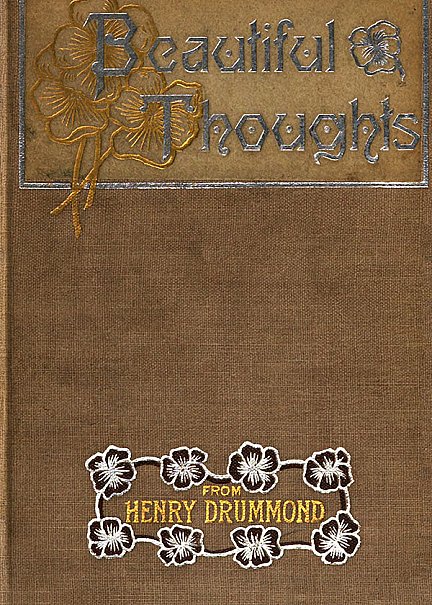 Whenever you attempt a good work you will find other men doing the same kind of work, and probably doing it better. Envy them not. Envy is a feeling of ill-will to those who are in the same line as ourselves, a spirit of covetousness and detraction. How little even Christian work is a protection against unchristian feeling! That most despicable of all the unworthy moods which cloud a Christian’s soul assuredly waits for for us on the threshold of every work, unless we are fortified with this grace of magnanimity. Only one thing need the Christian envy, the large, rich, generous soul which “envieth not.”

Henry Drummond (1851–1897) was a Scottish evangelist, writer and lecturer, most famous for his exposition on Paul’s “Love Chapter” (1 Corinthians 13), published as The Greatest Thing in the World. He worked closely with D. L. Moody but was also well-known in scientific circles, being a world traveler and a fellow of the Royal Society of Edinburgh and the Geographic Society.