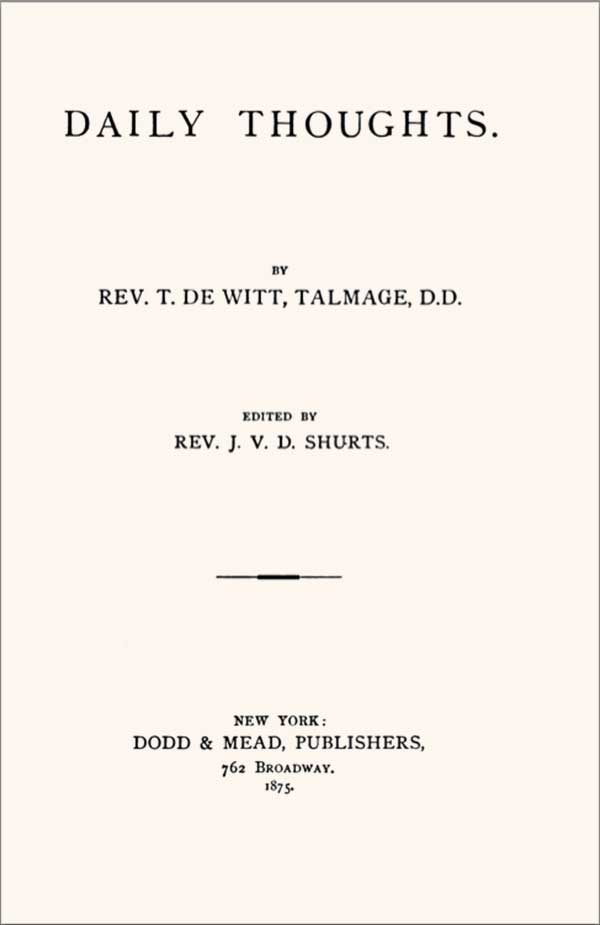 Christ Jesus came into the world to save sinners—of whom I am the worst —1 Timothy 1:15 NIV).

Wash yourselves, make yourselves clean —Isaiah 1:16.

When the [U.S. Civil War] had passed, the Government of the United States made proclamation of pardon to the common soldiery in the Confederate army, but not to the chief soldiers. The Gospel of Christ does not act in that way.

It says pardon for all, but especially for the chief of sinners. I do not now think of a single passage that says a small sinner may be saved, but I do think of passages that say a great sinner may be saved. If there be sins only faintly hued, just a little tinged, so faintly colored that you can hardly see them, there is no special pardon promised in the Bible for those sins; but if they be glaring, red like crimson, then they shall be as snow. Now, my brother, I do not state this to put a premium upon iniquity. I merely say this to encourage that man in this house who feels he is so far gone from God that there is no mercy for him. I want to tell him there is a good chance. Why, Paul was a murderer; he assisted at the execution of Stephen; and yet Paul was saved. The dying thief did every thing bad. The dying thief was saved. Richard Baxter swore dreadfully; but the grace of God met him, and Richard Baxter was saved. It is a vast laver. Go and tell everybody to come and wash in it. Let them come up from the penitentiaries and wash away their crimes.... If there be anyone so worn out in sin that he cannot get up to the laver, you will take hold of his head and put your arms around him, and I will take hold of his feet, and we will plunge him in this glorious Bethesda, the vast laver of God’s mercy and salvation.

Rev. Thomas De Witt Talmage (1832–1902) was a famous 19th-century preacher, clergyman, author, and editor in both Reformed and Presbyterian churches.