Do not put off repentance 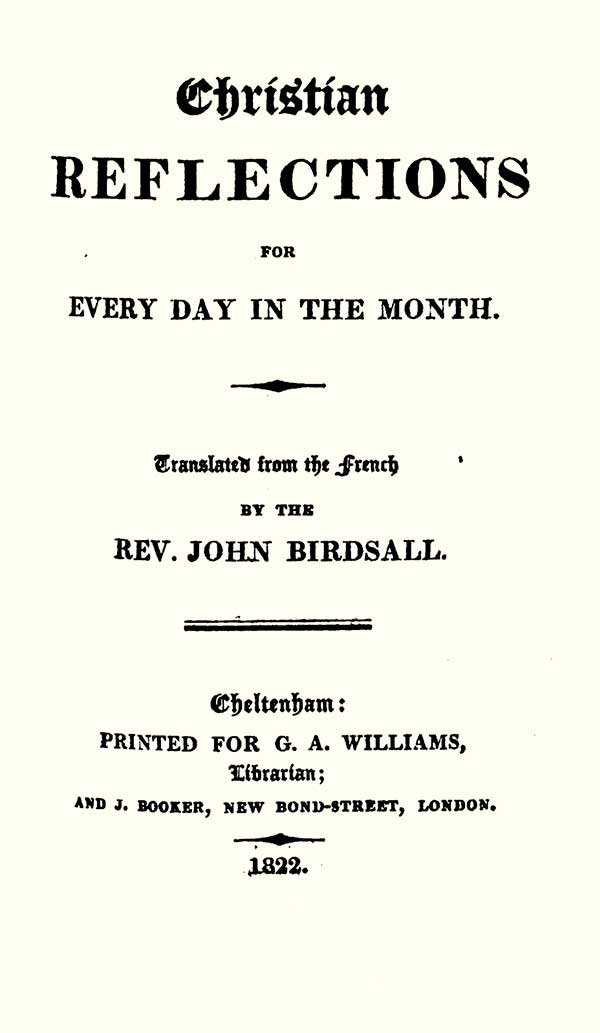 There is nothing more dangerous than to remain in a state of sin, even were it not longer than for a few moments, and thereby delay to enter into the sincerity of a true conversion. It is to remain in a state of opposition and revolt against God. Our life hangs only by a thread; if this thread but break, our perdition is inevitable. Nothing is more certain than death, and nothing more uncertain than the duration and termination of life.

It is then a dreadful rashness, it is excessive folly to defer to some other time the abandonment of sin, the reparation of the injury it has done to God, the restoration of the soul from death: in a word, to defer repentance. Who is the person who knows that he will not die in a moment when he is in sin? This has happened to many others, so that it is most extravagant for anyone to flatter himself that he shall not be of the number. I will begin tomorrow, you say! But will you be put in possession of tomorrow? God promises you pardon if you do penance; but he has not promised you tomorrow wherein to do it.

Let us then labor without delay in the work of our salvation: let us fear and tremble lest the time of mercy escape us (Philippians 2). This then is a grace not to be neglected: we must seek the Lord while he may be found; we must call upon him while he is near (Isaiah 55).

To put off one’s conversion till death, as most sinners do, is to render it almost impossible. Conversions which are made at that time are justly suspected: and generally the fear of death and of hell. operate more strongly than the love of God and hatred of sin: it is the fear of suffering everlasting fire; not the fear of sinning.

Étienne François Vernage (17th century) was a French Catholic priest and the author of Pensées Chrétiennes [Christian Thoughts]. John Birdsall (d. 1837), its English translator, was a leader in the Benedictine order. Today’s selection is condensed from the lengthy original.

Étienne François Vernage. Christian Reflections for Every Day in the Month, translated from the French by the Rev. John Birdsall. Cheltenham: G.A. Williams, 1822.