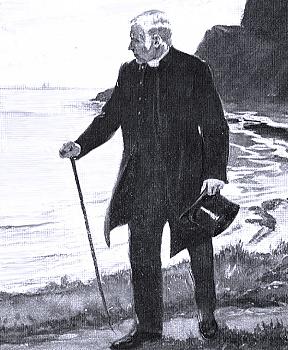 Henry F. Lyte meditates his hymn on the seashore.

Henry Francis Lyte was desperately ill with tuberculosis and did not expect to live much longer. He had prepared a farewell sermon to preach on the morning of 4 September 1847. That evening he also placed the words of a hymn into the hands of a relative. It remains a popular favorite in many hymnbooks.

“Abide with me; fast falls the eventide;
The darkness deepens; Lord with me abide.
When other helpers fail and comforts flee,
Help of the helpless, O abide with me.”