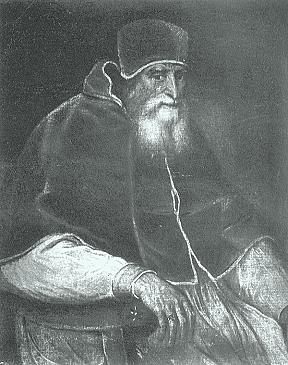 In the mid-sixteenth century, when the Reformation had reduced the Catholic Church in parts of Europe, a Spanish nobleman named Ignatius Loyola fell under conviction for having wasted his life. In discussion with friends he conceived a new society to counteract the Protestants. In addition to the usual monastic vows of poverty, chastity, and obedience, its members would pledge absolute obedience to the pope and organize themselves for action. Pope Paul III formally approved the Society of Jesus (Jesuits) on this day, 27 September, 1540 in the Bull Regimini militantis ecclesiae. Originally he restricted the order to sixty members, but seeing their effectiveness soon lifted that restriction. Initial efforts of the society brought about reform, revival, improved education, and missionary expansion of the church.

Paul’s bull quoted the following words from the Jesuit formula:

“Whoever wishes to fight for God under the standard of the cross and to serve the Lord alone and his vicar on earth the Roman pontiff shall, after a solemn vow of perpetual chastity, consider that he is part of a society instituted chiefly for these ends, for the profit of souls in life and Christian doctrine, for the propagation of the faith through public preaching, the ministry of God’s word, spiritual exercises and works of charity, and  especially for the education of children and ignorant persons in Christianity, for the hearing of confession and for the giving of spiritual consolation.”

Smith, Preserved. The Age of the Reformation. New York: Henry Holt and Company, 1920.