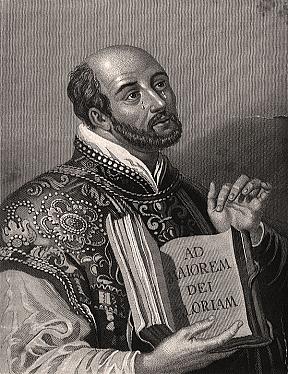 In his preface to the Acts of St. Ignatius, Father Louis Gonzalez of the Society of Jesus (Jesuits) tells his readers that one Friday morning, 4 August, “the eve of the feast of Our Lady of the Snows,” while St. Ignatius, founder of the Jesuits was in a garden, he [Gonzalez] began to give him an account of his soul. He told him that he was tempted by vain glory. The spiritual advice Loyola gave him was this:

“Refer everything that you do to God; strive to offer Him all the good you find in yourself, acknowledging that this comes from God, and thank Him for it.”