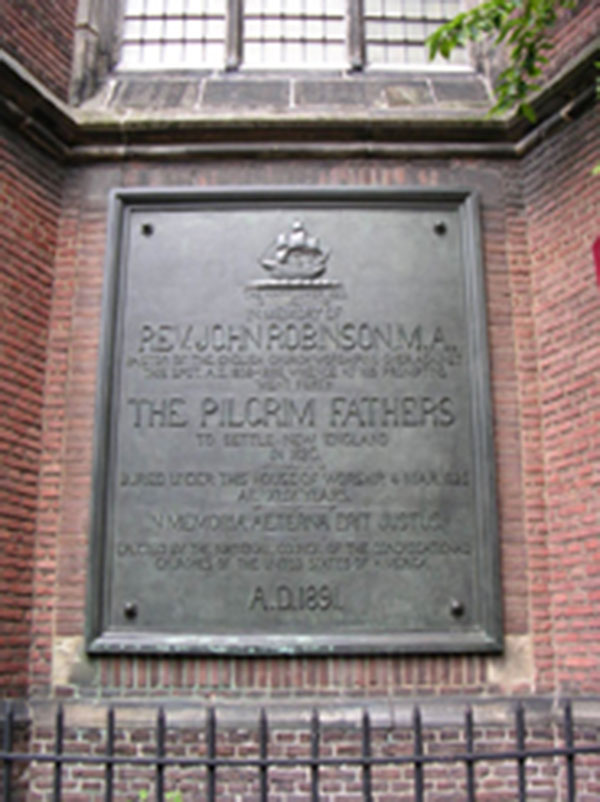 Many of the Pilgrims who ventured on the Mayflower had lived for several years as refugees in the Netherlands. They embarked on the Speedwell at Delftshaven in July 1620, leaving the majority of their company behind with pastor John Robinson. The plan was for the first group to return to England, engage ships, sail to the new world and start a settlement. The remainder of the company would follow in a later voyage. Robinson wrote a letter to their leader, John Carver, “in which the tender love and godly care of a true pastor appears,” to quote William Bradford. The letter was dated this day 27 July, 1620. The spelling has been modernized.

I received enclosed in your last letter the note of information, which I shall carefully keep and make use of as there shall be occasion. I have a true feeling of your perplexity of mind and toil of body, but I hope that you who have always been able so plentifully to administer comfort unto others in their trials, are so well furnished for your self as that far greater difficulties than you have yet undergone (though I conceive them to have been great enough) cannot oppress you, though they press you, as the Apostle speaks. The spirit of a man (sustained by the Spirit of God) will sustain his infirmity, I doubt not so will yours. And the better much when you shall enjoy the presence and help of so many godly and wise brethren, for the bearing of part of your burden, who also will not admit into their hearts the least thought of suspicion of any the least negligence, at least presumption, to have been in you, whatsoever they think in others. Now what shall I say or write unto you and your goodwife my loving sister? Even only this, I desire (and always shall) unto you from the Lord, as unto my own soul; and assure your self that my heart is with you, and that I will not foreslow [delay] my bodily coming at the first opportunity. I have written a large letter to the whole [group], and am sorry I shall not rather speak then write to them; and the more, considering the want of a preacher, which I shall also make some spur to my hastening after you. I do ever commend my best affection unto you, which if I thought you made any doubt of, I would express in more, and the same more ample and full words. And the Lord in whom you trust and whom you serve ever in this business and journey, guide you with his hand, protect you with his wing, and show you and us his salvation in the end, and bring us in the mean while together in the place desired, if such be his good will, for his Christ’s sake. Amen.