Pope Nicholas V and the Fall of Constantinople - 1453 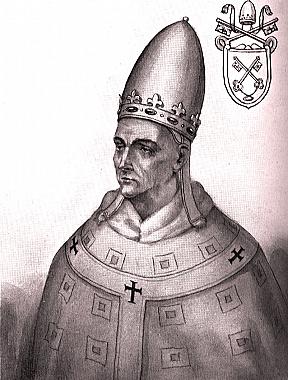 Pope Nicholas V feared he would be blamed for the fall of Constantinople.

In 1453, Turkish sultan Mohammed II broke through the walls of Constantinople. With the fall of the great city, Christians lost to Islam the last bastion of the once vast and powerful Byzantine empire in the East. In Rome, Pope Nicholas V feared that the catastrophe would be regarded by later generations as a blot upon his pontificate. Aeneas Sylvius (later Pope Pius II) wrote to Nicholas on this day 12 July, 1453 with a similar assessment.

“Historians of the Roman pontiffs, when they reach your time, will write, ‘Nicolas V, a Tuscan, was pope for so many years. He recovered the patrimony of the Church from the hands of tyrants, he gave union to the divided Church, he canonized Bernardino, he built the Vatican and splendidly restored St. Peter’s, he celebrated the Jubilee and crowned Frederick III.’ All this will be obscured by the doleful addition, ‘In his time Constantinople was taken and plundered by the Turks.’ Your holiness did what you could. No blame can be justly attached to you. But the ignorance of posterity will blame you when it hears that in your time Constantinople was lost.”