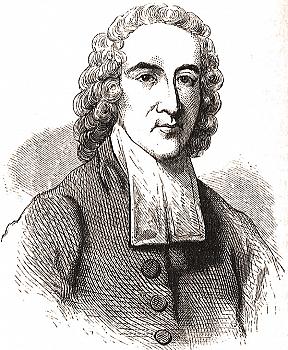 In 1727 Jonathan Edwards became assistant pastor of Northampton’s congregational church and two years later its sole minister. He occupied that position for twenty years, during which he presided over an intense revival, and wrote a number of books defending the revival and explaining God’s sovereignty. Over time his preaching fell out of favor, in part because of his opposition to what was called the Halfway Covenant. Under original Puritan rules, a person could become a church member only after declaring a conversion experience. Only full members could have their children baptized. The Half-Way Covenant allowed the baptism of children whose parents had not made a claim to conversion. Eventually relations between Edwards and his congregation became so strained he was voted out of the pulpit. On this day 7 July, 1750, he gave his farewell sermon.

“It often comes to pass in this evil world, that great differences and controversies arise between ministers and the people under their pastoral care. Though they are under the greatest obligations to live in peace, above persons in almost any relation whatever, and although contests and dissensions between persons so related are the most unhappy and terrible in their consequences on many accounts of any sort of contentions, yet how frequent have such contentions been!”