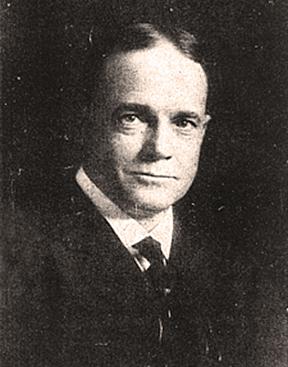 Disputes among Christians shame the church in the eyes of the world. One such made the news in 1915. Bentley D. Ackley was a hymn writer of the late nineteenth and early twentieth centuries and an editor for the Rodeheaver Company which printed hymns and temperance songs. He worked with Billy Sunday for eight years but when he broke with the evangelist he vented publicly against him on this day June 14, 1915 and newspapers carried the story. Later he added charges of plagiarism and financial mismanagement

“It became known today that a rift within the [leadership] of the ‘Billy’ Sunday organization is threatened to be revealed with the resignation of Bentley D. Ackley, former pianist and secretary to the evangelist. ‘Billy’s’ right-hand man, who for eight years has known perhaps as much about the inner workings of ‘Billy’s’ organization as any other man has, said that he will tell of internal dissensions in the Sunday campaigns.

“Mr. Ackley said he had resigned because of these ructions. Narrowed down they seemed to be personal jealousies and money fights. Although he said he had been told time and time again that he was the most important cog in the Sunday machine, the former secretary declares that he was never paid his full value, and that others who did less work gathered the biggest plums.”