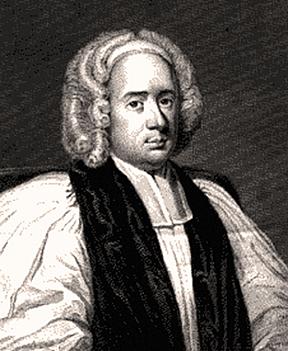 Joseph Butler, a Church of England bishop, was famous in the eighteenth century for his arguments against certain teachings of John Locke and Thomas Hobbes, and equally famous as the author of an apologetic work called Analogy of Religion, Natural and Revealed (1736) directed principally at Deists. His way of arguing was to show strong similarities or analogies between biblical revelation and nature, demonstrating the probability that God was author of both. After Butler’s death, Edward Steere gathered some of the bishop’s unpublished papers into a little volume. Among these was a note that Butler made to himself on this day, Sunday evening, June 13, 1742.

“Hunger and thirst after Righteousness till filled with it by being made partaker of the Divine nature.”