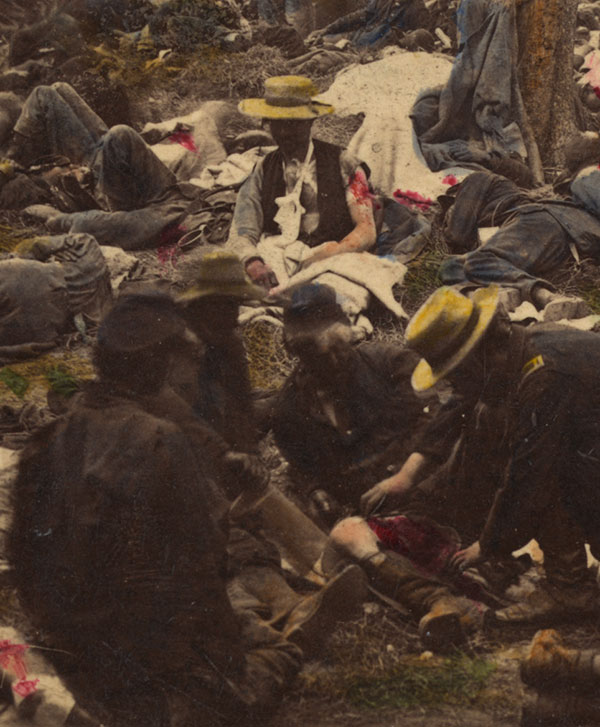 During the American Civil War, many women headed toward the battle fronts to tend wounded soldiers. The accounts some of these women left show that they were inspired and upheld by faith. One of them was Eliza C. Porter, the wife of a clergyman. She followed Sherman’s army from Chattanooga to Atlanta with a field hospital. On this day, 1 June 1864, Porter gave a summary of her work in a letter, written from Kingston, Georgia.

“We have received, fed, and comforted at this hospital, during the past week, between four and five thousand wounded men, and still they come. All the food and clothing have passed under our supervision, and, indeed, almost every garment has been given out by our hands. Almost every article of special diet has been cooked by Mrs. Bickerdyke personally, and all has been superintended by her. I speak of this particularly, as it is a wonderful fulfillment of the promise, ‘As thy day is, so shall thy strength be.’” [Deuteronomy 33:25]