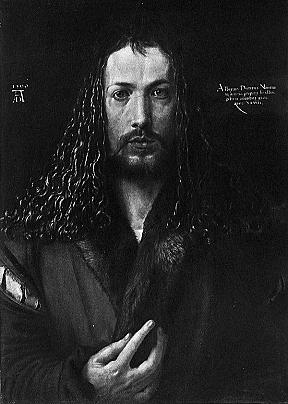 Albrecht Dürer was a notable German engraver, painter, and print-maker of the Reformation era. He was deeply moved by Luther’s calls for reformation. When Frederick the Wise imprisoned Luther to protect him, the outside world did not know what had happened. Dürer was distraught as this journal entry from this day, 17 May, 1521 shows.

“On Friday (May 17) before Whit Sunday in the year 1521, came tidings to me at Antwerp, that Martin Luther had been so treacherously taken prisoner; for he trusted the Emperor Karl, who had granted him his herald and imperial safe conduct. But as soon as the herald had conveyed him to an unfriendly place near Eisenach he rode away, saying that he no longer needed him. Straightway there appeared ten knights, and they treacherously carried off the pious man, betrayed into their hands, a man enlightened by the Holy Ghost, a follower of the true Christian faith. And whether he yet lives I know not, or whether they have put him to death; if so, he has suffered for the truth of Christ and because he rebuked the unchristian Papacy, which strives with its heavy load of human laws against the redemption of Christ….But this is above all most grievous to me, that, maybe, God will suffer us to remain still longer under their false, blind doctrine, invented and drawn up by the men alone whom they call Fathers, by whom also the precious Word of God is in many places wrongly expounded or utterly ignored.

“Oh God of heaven, pity us! Oh Lord Jesus Christ, pray for Thy people! Deliver us at the fit time. Call together Thy far-scattered sheep by Thy voice in the Scripture, called Thy godly Word. Help us to know this Thy voice and to follow no other deceiving cry of human error, so that we, Lord Jesus Christ, may not fall away from Thee. Call together again the sheep of Thy pasture….”