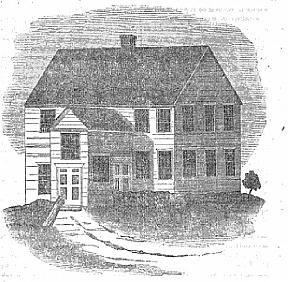 Early in the settlement of Massachusetts, Puritans began to oppress immigrants whose religious views differed from their own, especially Quakers and Baptists. Here is a petition from Roxbury, Dorchester, and other places, dated 13 May, 1646, requesting that laws against Baptists (commonly called “Anabaptists” at this time) be enforced. The spelling has been modernized.

“As the prevailing of errors and heresies is noted by our Savior in the gospel, and elsewhere in the Scriptures, as a forerunner of God’s judgments, and in as much as the errors of the Anabaptists, where they do prevail, are not a little dangerous to church and commonwealth, as the lamentable tumults in Germany, when the said errors were grown into a height, did too manifestly witness, and such good laws or orders are enacted amongst us, against such persons having already been, as we are informed, a special means of discouraging multitudes of erroneous persons from coming over into this country, which we account no small mercy of God unto us, and one sweet and wholesome fruit of the said laws, it is therefore our humble petition to this honorable court, that such laws or orders as are in force amongst us against Anabaptists or other erroneous persons, whereby to restrain the spreading and divulging of their errors amongst people here, may not be abrogated and taken away, nor any wise weakened, but may still be continued.”

Christian, John T. A History of the Baptists, with Some Account of their Principles and Practices. Texarkana, Texas: Bogard Press,1922.