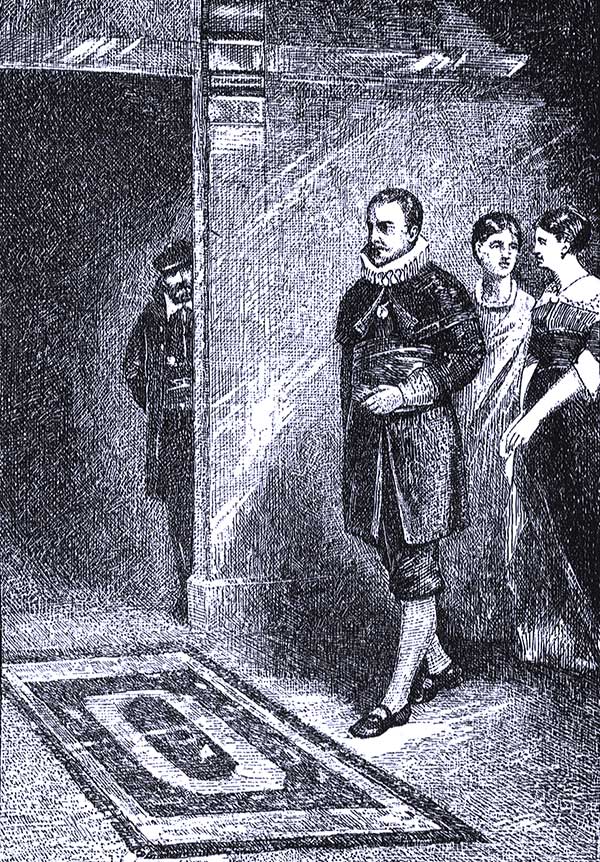 Gérard lurks in a doorway to assassinate William as he passes.

The Reformation resulted in ugly strife. One of the regions hardest hit by the conflict was the lowlands of Northern Europe. Spain controlled the area that became Belgium and the Netherlands. Spanish cruelty drove the inhabitants to revolt, led by William, Prince of Orange. Exasperated at his inability to subdue this rebellion, King Philip II of Spain issued a ban against William, dated this day March 15, 1580. Balthasar Gérard, a French Catholic, took the bait and assassinated William in 1584. Captured, tortured, and executed, Gérard perished without enjoying the gain he hoped for. Here is part of Philip’s ban.

“For these causes we declare him traitor and miscreant, enemy of ourselves and of the country. As such we banish him perpetually from all our realms, forbidding all our subjects...to administer to him victuals, drink, fire, or other necessaries....We expose the said William as an enemy of the human race, giving his property to all who may seize it. And if any one of our subjects, or any stranger, should be found sufficiently generous of heart to rid us of this pest, delivering him to us, dead or alive, or taking his life, we will cause to be furnished to him, immediately after the deed shall have been done, the sum of twenty-five thousand crowns of gold. If he have committed any crime, however heinous, we promise to pardon him; and if he be not already noble we will ennoble him for his valor.”