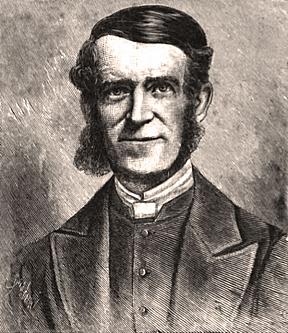 John Geddie laid his life on the line for the salvation of Pacific islanders.

John Geddie of Prince Edward Island developed a great desire to have Canada’s Presbyterian Church fund a foreign mission agency. He pressed the cause successfully and became its first missionary, settling on the island of Aneiteum in the New Hebrides (now Vanuatu) with his wife and four children. The place was desperately savage. Women were strangled when their husbands died; cannibalism was the normal way of life; and cruelty, sexual immorality, and demonism appeared everywhere. Geddie’s first effort was to learn the local language which had never before been committed to writing. Eventually the gospel transformed the island. Many of its islanders went as missionaries to neighboring islands. Geddie saw his deepest hopes realized—hopes that he had expressed on this day February 9, 1849, shortly after his arrival on Aneiteum.

“In the darkness, degradation, pollution and misery that surrounds me, I will look forward in the vision of faith to the time when some of these poor islanders will unite in the triumphant song of ransomed souls, ‘Unto Him that loved us, and washed us from our sins in His own blood.’”